If the Biden admin indefinitely continues releasing oil from the SPR at its current rate, the entire supply could be gone by early November 2023

As Americans struggle with record-high gasoline and diesel prices, the Biden administration is tapping the United States’ strategic reserves and sending oil overseas.

More than five million barrels of oil were exported to Europe and Asia last month, as the average price for gas across the nation reached $5 for the first time in history.

The Strategic Petroleum Reserve (SPR) is a complex of four sites with deep underground storage caverns created in salt domes along the Texas and Louisiana gulf coasts. It is managed by the U.S. Department of Energy (DOE) and was created in 1975 to offset any future disruptions to the oil supply. It was designed for emergency use, such as natural disasters and events like the OPEC oil embargo against the U.S., not for offsetting high prices due to policy decisions or market conditions.

Currently, the SPR is the largest known emergency oil supply in the world.

In March, President Biden ordered the release of one million barrels of oil per day from the SPR through the month of October. The SPR has now reached its lowest level since 1986.

If that amount of oil were released, based on current inventory, it would take only 111 days to deplete the entire supply of U.S. oil reserves. If the Biden administration indefinitely continues releasing oil from the SPR at its current rate, the entire supply will be gone by early November 2023.

A former DOE official has gone on record calling the release of the nation’s emergency oil reserves illegal.

“The Biden administration’s announcement that it will release 180 million barrels of crude oil from the SPR over six months is unlawful and harms our national security,” Mark R. Robeck, former Deputy General Counsel for Energy Policy at the DOE, wrote in an op-ed.

“After the 1973 Arab Oil Embargo, Congress passed the 1975 Energy Policy and Conservation Act, creating the SPR to provide reserve supplies of crude oil to counter ‘severe energy supply disruptions,’” he said. “Concerns regarding the potential for the federal government to manipulate normal market functions prompted Congress to limit the circumstances when SPR crude oil could be released.”

He added, “Biden’s energy policies contributed to high prices well before Russia invaded Ukraine. The release from the SPR is unlawful and increases the risk to our national security.”

News of the emergency reserves release comes just a week after energy Secretary Jennifer Granholm met with oil and gas executives in a closed-door meeting to discuss ways to reduce energy costs.

The meeting followed an ongoing feud between the Biden administration and gas companies, which have been publicly accused of price gouging.

Ten associations representing the oil and gas industry penned a letter to Biden in March, scolding him for his administration’s “consistently and openly hostile tone and tenor” of its “attitude toward oil and gas production” in the nation.

“Now, should there be any doubt that your hostility toward our industry was just words, on day one of your presidency you personally cancelled the Keystone XL Pipeline,” the letter stated. “A week later, you issued an executive order enacting a moratorium on new leasing on public lands and waters.”

“There should be no confusion: since the time you first began campaigning for, and since becoming, President, you have expressed deep hostility toward the oil and natural gas business – and by extension, the thousands of very hard-working men and women – union and non – in very good paying jobs, who bring energy to the nation,” the associations wrote. 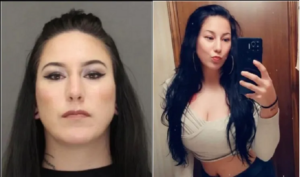 Wisconsin Woman Pleads Not Guilty to Decapitating Lover, Performing Sex Acts on His Dead Body While on Meth and Trazadone