Exxon Pushes Back Against Biden on Gas Prices

“We have been in regular contact with the administration to update the President and his staff on how ExxonMobil has been investing more than any other company to develop U.S. oil and gas supplies,” the company said in a June 15 statement. “This includes investments in the U.S. of more than $50 billion over the past five years, resulting in an almost 50% increase in our U.S. production of oil during this period.”

The company says that even despite the economic downturn, it has been investing to increase refining capacity by roughly 250,000 barrels per day, which it says is the equivalent of adding a new medium-sized refinery.

Responding to Biden’s three page letter, Exxon — one of the largest publicly traded international energy and petrochemical companies — pushed back against the president and recommended steps the Biden administration itself could take to help lower gas prices.

“In the short term, the U.S. government could enact measures often used in emergencies following hurricanes or other supply disruptions — such as waivers of Jones Act provisions and some fuel specifications to increase supplies,” the company wrote. “Longer term, government can promote investment through clear and consistent policy that supports U.S. resource development, such as regular and predictable lease sales, as well as streamlined regulatory approval and support for infrastructure such as pipelines.”

Biden has been in an ongoing feud with the oil industry. He has issued multiple public statements deriding the fossil fuel sector and has undertaken numerous executive actions against the industry. Ten associations representing the oil, gas, and energy sectors responded in March with a letter to Biden, where they addressed some of the issues raised in Exxon’s letter, including red tape on leases. 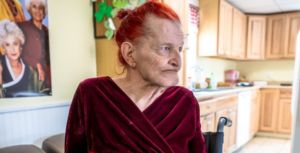