Wisconsin Woman Pleads Not Guilty to Decapitating Lover, Performing Sex Acts on His Dead Body While on Meth and Trazadone

WARNING: The following story is extremely graphic and disturbing.

A Wisconsin woman has pleaded not guilty to the murder of her lover — who she is accused of strangling to death with chains before decapitating him, cutting his “male organ” off, and dismembering him.

Taylor Schabusiness, 24, claims she performed sex acts on the lifeless body of Shad Thyrion, 25, for several hours after the murder.

Schabusiness is married with a young baby boy, but her husband is incarcerated on unrelated charges. It does not appear that she had custody of the infant at the time of the murder.

On the night of February 22, 2022, Schabusiness picked up Thyrion at his mother’s Green Bay area home. She later told police that they had smoked weed, done methamphetamines, and “shot up” the anti-depressant trazadone.

Later that evening, they returned to the mother’s house and went to the basement. The woman claims that “within five minutes,” the victim had pulled out two chains that were similar to dog choke collars to be used during sexual activities.

During a police interview following her arrest, Schabusiness admitted to Detective Alex Graf that she could feel the victim’s heart beating as she choked him, but kept pulling the chain harder. She said that Thyrion “wouldn’t die” and kept “rebuilding into muscle.”

Schabusiness said that she enjoyed choking him and asked the detectives “if they knew what it was like to love something so much that you kill it.”

According to the criminal complaint, Schabusiness described Thyrion “lying face down on the bed with her on top of him pulling on the end of the chain. The Victim coughed up blood and she was just waiting for him to die while she was watching his face. Schabusiness made the comment that she was ‘already this far’ so she just kept on, referring to choking the Victim. Schabusiness said in a lower tone of voice, ‘Ya I liked it,’ and Detective Graf believed her to be referring to when she was choking the Victim.”

Schabusiness told the detective that she believes that it took three to five minutes for Thyrion to die. She said that when he began to cough up blood she just kept going because she wanted to “see what happens.” She also claimed that she blacked out at one point while he was still alive, but that when she came to, he was already purple — so she continued.

On February 23, 2022, at about 3:25 a.m., the victim’s mother called the police to report that she found her son’s decapitated head in a bucket in her basement.

“Also located in the same bucket was a male organ, along with body fluid and two knives. Other body parts were found in the basement in other bags, including plastic shopping bags, along with three knives, including a bread knife consistent with kitchen knives,” the complaint said.

Schabusiness was located by police outside of her apartment a short time later and appeared to still be covered in blood.

After being taken into custody, Schabusiness was asked by Detective Graf if she and the victim had contact with anybody when they first got back to the house.

The woman replied, “damn the head” and “I can’t believe I left the head though.”

The detective then asked where the rest of the body was and she claimed it was still in the basement.

The leg was found inside of a Crockpot box.

Detective Graf asked how Schabusiness dismembered the body and she stated she used knives that from the mother’s kitchen and that a bread knife worked the best because of the serrated blade. She explained that her intention was to bring all of the victim’s body parts with her, but “got lazy” and only ended up putting the leg and foot in her van, forgetting the head.

Schabusiness told police that she did not plan to kill the victim, but just enjoyed choking him so she kept doing it until he was dead. She said that the reason she was not “prepared” to dispose of the body was because the murder was “random.”

The final public post on her Facebook profile, a little more than one month before the murder, states, “went off and told an addict ‘I’ll never stop buying you dope, so I could sit back watch you die.'”

Schabusiness has been held on $2 million bail since her arrest. She has been charged with first-degree intentional homicide, mutilating a corpse, and third-degree sexual assault.

Schabusiness was arrested twice in Brown County, Wisconsin, in 2020.

“She was arrested in June 2020 and charged with battery or threat to a law enforcement officer, a felony, and resisting or obstructing an officer. Schabusiness was found guilty after pleading no contest, records show. She was sentenced to three years of probation and 60 days in jail, according to court records,” according to a report from Heavy. “In August 2020, Schabusiness was charged with bail jumping and resisting an officer. The bail jumping charge was dismissed as part of the June case. Also in August 2020, she was charged with misdemeanor possession of drug paraphernalia, resisting an office and felony fleeing from an officer in a vehicle. She was sentenced to two years probation in that case.”

Her birth name was Taylor Denise Coronado, but she changed it to Taylor Schabusiness in 2018. 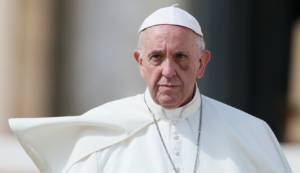