Belgian Woman, 23, Permitted to Die Via Assisted Suicide Due to Bombing-Related Mental Suffering

'That day really cracked her, she never felt safe after that' her mother told the media

A survivor of a 2016 bombing at a Brussels airport perpetrated by the Islamic State has died after being granted the right to die by assisted suicide because of her mental health issues.

Shanti De Corte died by euthanasia at a Belgian clinic on May 7 at the age of 23. De Corte was 17 years old during her trip with classmates to Italy when the March 2016 terrorist attack was carried out. The bombing killed 32 people and injured 300 others.

Though she sustained no physical injuries, De Corte became severely depressed and struggled with post-traumatic stress disorder. She reportedly suffered constant panic attacks, took several anti-depressants, and was hospitalized for psychiatric care in Antwerp. De Corte attempted suicide in 2018 and in 2020, per The Sun.

“That day really cracked her, she never felt safe after that,” De Corte’s mother, Marielle, told Belgian news station VRT. “She didn’t want to go anywhere where other people were, out of fear. … She also had frequent panic attacks and she never got rid of it.”

“She was so limited by her fear that she couldn’t do what she wanted to do. She lived in constant fear and completely lost her sense of security,” her mother added. “When Shanti came out, she was always alert. Am I in no danger? Could something happen? She never rested outside.”

After euthanization was legalized in Belgium, De Corte applied, citing “unbearable psychiatric suffering,” and received approval from two psychiatrists to end her life in early 2022, per Metro.

“I get a few medications for breakfast. And up to 11 antidepressants a day. I couldn’t live without it,” De Corte wrote in a post on social media. “With all the medications I take, I feel like a ghost that can’t feel anything anymore. Maybe there were other solutions than medications.”

Seven countries currently have national laws that permit assisted suicide. Several nations have a narrow scope of circumstances under which the procedure is permitted. Both Belgium and the Netherlands are considered “more permissive” and permit people to seek assisted suicide if they suffer from a mental illness, per Fox News.

Paul Deltenre, a neurologist at the academic clinical hospital CHU Brugmann, formally complained that De Corte’s decision was “made prematurely” as there were avenues of treatment she had not tried. His complaint led to an investigation into her case. Antwerp public prosecutor’s office ultimately found no violations had been made. 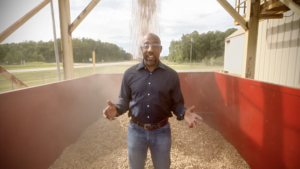