'Our top priority is getting high-quality, safe formula into the hands of families across America,' said an Abbott Laboratories representative

The Michigan manufacturing plant that closed after two infants died from a bacteria that was reportedly spread in its facility has now been scheduled to reopen.

The closure of Abbott Labraratories led to a nationwide baby food shortage, leaving shelves bare and parents in distress.

The Food and Drug Administration shuttered the plant in February after a strain of cronobacter was detected in samples of products manufactured in the Sturgis facility.

“The February 28 recall was made after a report of the death of an infant with a Cronobacter sakazakii infection who consumed Similac PM 60/40 powdered formula from this lot,” the Centers for Disease Control and Prevention said in a statement regarding the contaminated formula.

“Cronobacter bacteria can cause a dangerous blood infection (sepsis) or make the linings surrounding the brain and spinal cord swell (meningitis),” noted the CDC. “Infections in infants usually occur in the first days or weeks of life.”

The recall included a number of Similac, Alimentum, and EleCare products.

The FDA’s slow response to the formula shortage crisis was intensely criticized.

Abbott ultimately agreed to a consent decree which requires the plant to work with an independent expert who will review their operation and compliance with the law.

In late May, FDA Commissioner Robert Califf acknowledged the agency’s “suboptimal” decisions while appearing before the House Committee on Energy and Commerce.

“You’re right to be concerned, and the public should be concerned,” Califf said. “We knew this would create supply problems but had no choice given the facility conditions.”

He also acknowledged his agency never alerted the president or his chief of staff about the crisis although it sent memos to other government agencies, per the Los Angeles Times.

To assist parents and caregivers, Nestlé sent cases of formula to American stores from Europe.

President Joe Biden also invoked the Defense Production Authorization Act in an effort to return cans of formula to bare shelves. The administration used a Department of Defense plane to pick up 4 million 8-ounce bottles and 380,000 pounds of baby formula from Australia.

Although Abbott has been authorized to resume production on June 4, the new formula is not expected to reach consumers for another eight weeks.

“We will ramp production as quickly as we can while meeting all requirements,” said a company spokesperson to NBC News. “We’re committed to safety and quality and will do everything we can to re-earn the trust parents, caregivers and health care providers have placed in us for 130 years.”

The facility will initially resume the production of EleCarte and other specialized formulas.

“We’re also working hard to fulfill the steps necessary to restart production of Similac and other formulas and will do so as soon as we can,” the Abbott representative added. “We understand the urgent need for formula, and our top priority is getting high-quality, safe formula into the hands of families across America.” 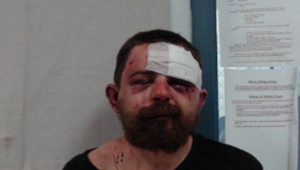