Assisted Suicide Pod Cleared for Use in Switzerland

Switzerland has approved public use of a controversial 3D-printed assisted suicide pod called the Sarco capsule.

Approximately 1300 people died in Switzerland through euthanasia in 2020.

The death pod’s inventor Dr. Philip Nitschke of Australia-based international nonprofit Exit International told Swiss Info that “the person will get into the capsule and lie down. It’s very comfortable. They will be asked a number of questions and when they have answered, they may press the button inside the capsule activating the mechanism in their own time.”

The pod works by cutting off the user’s supply of oxygen until they lose consciousness and die.

“The capsule is sitting on a piece of equipment that will flood the interior with nitrogen, rapidly reducing the oxygen level to 1 per cent from 21 per cent in about 30 seconds,” Nitschke told SwissInfo. “The person will feel a little disoriented and may feel slightly euphoric before they lose consciousness. Death takes place through hypoxia and hypocapnia, oxygen and carbon dioxide deprivation, respectively. There is no panic, no choking feeling.”

Nitschke explained that there are currently two Sarco prototypes in existence and the first one is being displayed at the Museum for Sepulchral Culture in Kassel, Germany from September 2021 to August 2022.

“The second turned out not to be aesthetically pleasing. For that and various other reasons it’s not the best one to use,” Nitschke said.

The inventor’s ultimate goal is to create an artificial intelligence system to eliminate the requirement of a doctor being present for a mental health screening.

“Our aim is to develop an artificial intelligence screening system to establish the person’s mental capacity,” Nitschke told the site. “Naturally there is a lot of skepticism, especially on the part of psychiatrists. But our original conceptual idea is that the person would do an online test and receive a code to access the Sarco.”

In July, the Psychiatric Times published an article in opposition to assisted suicide and noted that “preliminary reports suggest increased rates of suicide in the general population of states that have legalized PAS (physician assisted suicide). Specifically, ‘legalizing PAS has been associated with an increased rate of total suicides relative to other [non-PAS] states, and no decrease in non-assisted suicides.’ Similarly, suicide rates in the Netherlands (where medical euthanasia is legal) have accelerated, compared to neighboring countries that have not legalized medical euthanasia.”

They report that physician and ethicist Leon Kass, MD, has pointedly cautioned: “we must care for the dying, not make them dead.”

The American College of Physicians has said “physician-assisted suicide is neither a therapy nor a solution to difficult questions raised at the end of life. On the basis of substantive ethics, clinical practice, policy, and other concerns, the ACP does not support legalization of physician-assisted suicide. … However, through high-quality care, effective communication, compassionate support, and the right resources, physicians can help patients control many aspects of how they live out life’s last chapter.”

If you or someone you know is struggling with depression or has had thoughts of harming themselves or taking their own life, get help. The National Suicide Prevention Lifeline (1-800-273-8255) provides 24/7, free, confidential support for people in distress, as well as best practices for professionals and resources to aid in prevention and crisis situations. 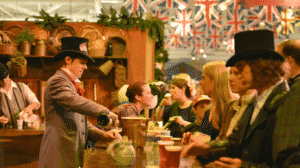 4 responses to “Assisted Suicide Pod Cleared for Use in Switzerland”