Artists Sue AI Generators For Copying Their Styles Without Permission

Three artists are suing the developer of an artificial intelligence application that allows users to generate professional-quality artwork in the style of the artists.

None of the creators of the application, Stable Diffusion, had reached out to the artists themselves to obtain consent or offer compensation, according to a report from Buzzfeed News.

“This [tech] effectively destroys an entire career path made up of the most talented and passionate living artists today,” Kelly McKernan, a single 36-year-old mother whose style was used to program Stable Diffusion, told BuzzFeed News. “This development accelerates the scarcity of independent artists like me.”

The market for AI technologies is set to explode in 2023, automating functions and activities that humans have historically performed. So disruptive is AI technology that computing giant Microsoft has announced plans to layoff as many as 10,000 employees in the first quarter of 2023, seeking to replace those workers with AI.

Technological advancements always bring about paradigm shifts forcing people to adapt and work in new ways. But, building AI systems to generate creative content based on algorithms written patterned after a third-party’s intellectual property opens up legal and ethical questions for an industry that is just taking off.

McKernan is one of three plaintiffs seeking damages in a class-action lawsuit against Stability AI, the company that built Stable Diffusion, for having “downloaded or otherwise acquired copies of billions of copyrighted images without permission to create Stable Diffusion,” according to the legal filing.

The images generated by the AI program now compete in the marketplace with the original images, lawyers for the artists argue.

“Until now, when a purchaser seeks a new image ‘in the style’ of a given artist, they must pay to commission or license an original image from that artist,” according to the lawsuit. “Now, those purchasers can use the artist’s works contained in Stable Diffusion along with the artist’s name to generate new works in the artist’s style without compensating the artist at all.”

“Artists have a right to say what happens to their hard-earned works,” Sarah Andersen, a 30-year-old plaintiff in the lawsuit, told BuzzFeed News. “It’s clear from the way AI generators rolled out that there was never any consideration given to artists, our wishes, or our rights, and this is our only option to be heard.”

Lawyers for the artists claim AI that copies the style of a specific creator amounts to “theft” and that Stability AI has appropriated the artists’ statutorily protected intellectual property for commercial gain.

The artists are seeking a jury trial, as well as unspecified damages. 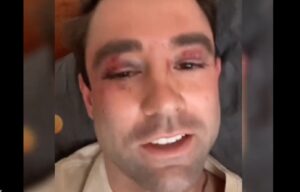