Fox News meteorologist Adam Klotz, 37, was attacked by a group of teenagers on a subway, leaving him with multiple bruises and injuries to his face and ribs.

Klotz posted a video on Instagram detailing the ordeal, which occurred after he left a bar around 1:15 a.m. on Sunday.

“Coming home last night from watching the [New York] Giants game at a bar, on the subway, this older gentleman was being hassled by this group of seven or eight teens,” Klotz explained. “I was like, ‘Yo, guys, cut that out.’ And they decided, ‘Alright, he’s not gonna get it, then you’re going to get it,’ and boy did they give it to me. They had me on the ground, my ribs are all kinds of bruised up too. They got their hits in.”

Klotz said that he was assaulted by “five or six” of the teenagers.

“Where are the parents?” Klotz asked. “Parents, watch your children.”

The older gentleman Klotz had stood up for is said to have got away unharmed.

Klotz was treated for his injuries at Bellevue Hospital and expects to make a full recovery.

“You should see the other guy,” Klotz said, joking about the situation. “My side is so much worse than my face, and the thing is the other guy is not really a guy. It’s children. Five or six children.”

while the headline I just read, “viciously beaten by teens,” is true, it’s doing way more damage to my ego than the physical beating did

Three of the attackers were caught by police. Two of them were 15, and one was 17. They were taken to the station but released to their parents due to their ages, according to a report from the New York Post.

“Juvenile reports were prepared, and their parents were called to pick them up,” a spokesperson for the NYPD said, according to the Post report.

The report added that the teenagers were not charged, and “an NYPD spokesman ​claimed​ Sunday that the department did not have that option because of their ages​ and the fact that the crime involved an apparent misdemeanor​.” 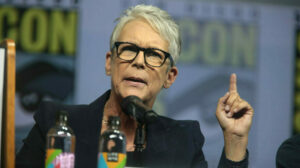