'Why Is A Mother Sharing Photos Of Her Naked Child For Art?' Asked One Instagram User

Actress Jamie Lee Curtis responded to criticism of a controversial picture featured in the background of her home.

Curtis originally shared a photo to Instagram in a post revealing the actress had tested positive for COVID-19. The post featured Curtis discussing furniture in a room in the actress’ home as a portrait of a nude child inside what appears to be a plastic container filled with water is seen in the background.

The actress removed the post after receiving criticism for the portrait.

“Last week I posted a picture of some chairs that included a photograph on the wall by an artist that was gifted to me 20 years ago,” the actress wrote addressing the picture in an Instagram post.

“I understand it has disturbed some people. As I have said, I am a truth teller, so here’s the truth.”

Jamie Lee Curtis clarifies THAT artwork on her wall by revealing it's an image of a naked child taken by the kid's mother "playing" in a tub of water, which was then gifted to Curtis.

Well, that explains it then. Totally normal. I prefer landscapes.🥴 pic.twitter.com/sscREYLbLG

“It’s a picture of a child, taken by her mother, of her playing in their backyard in a tub of water. Nothing more, nothing less. I took down the post because I didn’t want to keep something up that upset anyone,” Curtis continued.

“Still unacceptable. Why is a mother sharing photos of her naked child for art? She did not and cannot consent to that,” said one Instagram user responding to the actress’ post. “You keep saying you’re a truth teller, but we’ve yet to hear THE unspoken truth.”
“Aaaah, let me guess, people where sexualising the imagine with their own gaze and then blaming you for how they looked at it?” one user said appearing to support Curtis’ argument.
“Sooooo 20yrs you’ve had a naked child of your friends on your wall? And you never thought it wrong? I’ve seen the photo and that is not a happy child smiling for her mother! Just another Hollywood type making excuses…..” said another user.
The photo was created by Betsy Schneider who has released other photos with nude children in her photography portfolio.

“Nah sis, there ain’t no logical explanation for having a picture of a naked child contorted in a tub of water in your home,” one Instagram user commented.

“Especially a child you don’t know. And there’s no logical explanation for a mother selling a picture of their naked child in a tub of water. I don’t see how it’s in any way cute or appropriate. I wouldn’t even post a picture like that of my child on social media. And if someone gifted me that, I’d be concerned about their thought process.” 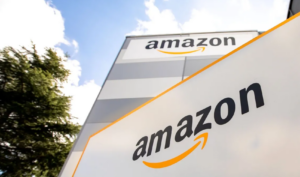