Nevada holds its primary on June 14

The Republican primary for the Senate in Nevada will likely come down to two military veterans who have both previously campaigned for political office.

The race, one of several closely watched senatorial primaries this year, will involve Adam Laxalt and Sam Brown.

Laxalt has been considered the favored candidate. A Navy veteran and former Attorney General, Laxalt is the grandson of two-time Nevada senator Paul Laxalt. His father, Pete Domenici, was the longest-serving senator in New Mexico’s history, per USA Today.

President Donald Trump endorsed Laxalt, who served on his 2020 reelection campaign after working for a conservative law firm in Washington.

“Adam Laxalt always puts America First and has my complete and total endorsement,” Trump said in a campaign commercial for Laxalt.

Laxalt also unsuccessfully campaigned to become the state’s governor in 2018 but lost to Democrat Steve Sisolak.

“He was raised inside the Beltway. His grandfather and his dad were both U.S. senators. His mom was a prominent lobbyist in D.C.,” Brown said in an interview with Fox News. “He had a very elite and exclusive upbringing and opportunities.”

Brown is a Purple Heart recipient who was involved in an IED explosion during a 2008 deployment in Afghanistan that left him with serious injuries to the face. He called out Twitter in July of 2021 after the social media giant censored photos of him saluting while in uniform.

Brown previously ran for a seat in the Texas House of Representatives in 2013 while living in North Dallas but did not win.

The Nevada Republican Party endorsed Brown in April after 80% of 323 members vote in his favor. Laxalt did not surpass the 50% threshold needed to secure the endorsement, reports the Reno Gazette Journal.

Recent polls indicate that Brown is gaining support but still trails Laxalt. In early May, The Hill/Emerson poll indicates 56% of Nevada voters intended to back Laxalt compared to 31% who would vote for Brown.

By early June, polling had shifted. The Nevada Independent found that support for Laxalt was 48% while Brown support had risen to 34%.

The winner of the primary will challenge incumbent Democratic Senator Catherine Cortez Masto, who is currently serving her first term. She is considered one of the most vulnerable Democrats up for reelection in the Senate.

Nationally, Republicans are looking to take control of the Senate following the midterm elections in November. The chamber is currently evenly divided between Democrats and Republicans with Vice President Kamala Harris serving as the tie-breaking vote. 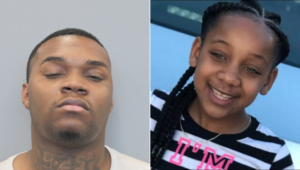