'We ask the community to pray for this angel,’ police chief said

Houston police are searching for 22-year-old Jeremiah Jones who is wanted for capital murder following the shooting of 9-year-old Khylie Sorrells.

Brittany Sorrells, the mother of Khylie, was warned by her neighbors that her ex-boyfriend was at her apartment. According to HPD Lt. Horelica, Sorrells was separated from her three children when the altercation with Jones began.

Police sources who spoke to KHOU11 said that he was upset at the possibility of Sorrells talking to other men following their break-up. At some point during their fight, he headed for the room that Khylie was in, and “executed” her with a gunshot to the head. He then shot the mother in the shoulder before fleeing the scene.

The two other children who were in the apartment at the time of the shooting were not injured.

WANTED: This is Jeremiah Jones, 22, now charged with capital murder in the fatal shooting of a 9-yr-old girl and wounding of the child's mother, who is Jones' ex-girlfriend.

Khylie would have turned 10 this July, according to a GoFundMe page her mother set up to pay for funeral arrangements.

The 22-year-old suspect has a long criminal history dating back to when he was only 12 years old and, at the time of the shooting, he was out on bond for charges stemming from possession of a firearm as a convicted felon.

“Sadly, we experienced acts of gun violence overnight involving young people being shot. In one incident, tragically, a 9-year-old girl was fatally shot and her mother was wounded at their family apartment at 404 Oxford Street just before 11 p.m. The woman’s ex-boyfriend, Jeremiah Jones, 22, is now charged with capital murder. He is wanted at this time. I am asking the suspect to do the right thing and turn himself in to HPD. This senseless act of domestic violence hits home for me and the HPD family. That sweet child was a student and member of our Police Activities League program. We ask the community to pray for this angel, her mother, and her family.”

In a separate incident, three teenage boys were shot in an apartment. Police say that all three are expected to live but that the shooting was not random. “At least one of the teens was targeted by an unknown male in a ski mask who fled on foot,” Finner said.

The police chief pleaded with Houston citizens to step forward if they knew anything about either of the two incidents. 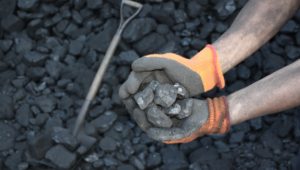