The attorney general’s office in Arizona has sent a letter to Maricopa County to gather more information on the election review and preserve all documents involved.

Assistant Attorney General Jennifer Wright wrote that the Election Integrity Unit of the attorney general’s office had begun reviewing the election audit and “expects the need” of documents, files, and information currently possessed by Maricopa County and its related offices.

“The letter requests unredacted copies of all reports, evidence supporting findings presented by Shiva Ayyadurai and Ben Cotton, and the chance to meet individually with each of the contractors involved with the report,” says KTAR.

The audit was presented to the state Senate last week after six months of work.

During the 2020 election, 3.4 million votes were cast in Arizona. Over twenty days after the election and with a margin of just under 10,500 votes, Secretary of State Katie Hobbs (D-AZ) and Governor Doug Ducey (R-AZ) certified Joe Biden as the winner of the state’s 11 electoral votes. The officials said Biden received 1,672,143 votes and then President Donald Trump received 1,661,686 votes.

Maricopa County alone accounted for 2.1 million votes — just over 1.9 million of which were cast by mail or deposited in drop boxes during early voting.

The Maricopa County Forensic Audit of the Nov. 3, 2020 election and the official Maricopa County Canvass of Nov. 3 both indicated the county would have an approximately 45,000 vote margin in favor of Biden.

According to Breitbart, “the results of the audit, however, actually raise more doubts about the legitimacy of more than 49,000 votes included in the final counts of both the forensic audit and the Maricopa County Official Canvass results, a number that is more than four times greater than Biden’s 10,457 vote certified margin of victory.”

While election audits cannot independently overturn the results of an election, those who advocate for them argue ensuring voting integrity is a necessary step in upholding the democratic process.

However, “Democrats say Republicans are simply perpetuating Trump’s ‘big lie’ of baseless claims about election fraud. They say those claims have eroded confidence in elections and that Republicans are on a mission to seize power by taking away voting rights and undermining both democracy and elections,” says PBS.

Attorney General Mike Brnovich tweeted his support of the audit on Sept. 24.

“Arizonans deserve to have their votes accurately counted and protected,” he said.

I will take all necessary actions that are supported by the evidence and where I have legal authority.

Arizonans deserve to have their votes accurately counted and protected. https://t.co/KZ8AHqyMmB

His request to the county — which encompasses Phoenix — “covers a broad range of documents, from hard paper copies to electronically stored information, election equipment used to administer the election and video recordings of the vote count, as well as logs of visitors who entered buildings used to conduct the election,” per The Hill.

Brnovich is in the middle of a primary campaign as he hopes to challenge Sen. Mark Kelly (D-Arizona) for his seat. 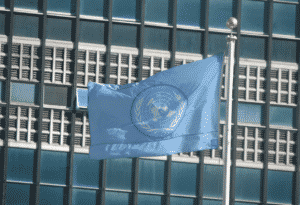