Approximately 1,000 Kids Absent From Virginia School on Friday Due to Mystery Outbreak

Roughly half of the student body, or 1,000 kids, were out sick from Stafford High School in Fredericksburg, Virginia, on Friday.

An investigation into the mystery outbreak is ongoing, but many students report flu-like and gastrointestinal symptoms.

The school canceled activities and athletics over the weekend while they looked into the situation.

“Due to the high number of student and staff illnesses reported this week, all Stafford High School activities and athletics scheduled through Sunday, October 23, are canceled,” the school said in a Facebook post on Friday. “We will reassess conditions on Monday and provide you with further information.”

The school was open on Monday, but 670 students were absent.

Sandra Osborn, chief communications officer for Stafford County Public Schools, told NBC News that the building was deep cleaned and disinfected over the weekend. She said that the school is “reassessing conditions this morning.”

Osborn told the station that other schools in the district did not have a similar influx of absences.

In an update posted to Facebook on Monday afternoon, the school said “at this time, the VDH recommends keeping our schools open and continuing our mitigation measures.”

“At the advice of the health department, we are canceling all after school sports and activities through Tuesday at Stafford High School only,” the post continued. “This will help contain the spread of the illness to visiting schools. Our travel students are encouraged to follow strict mitigation strategies when coming to or from Stafford High School. We will re-evaluate activities later this week.”

In the comments on the post, one parent noted that the school had just recently reopened the water fountains that have been out of use for two years due to COVID-19.

A news article from the Free Lance Star published on October 13 said that “the division conducted testing on 25% of all drinking water sources in the division and ‘a handful’ were found to have low levels of legionella, bacteria that can cause pneumonia- and flu-type illnesses.”

According to the report, the drinking water sources that came back positive for legionella were kept closed, while the rest of the 25 percent of fountains that were tested have been reopened. 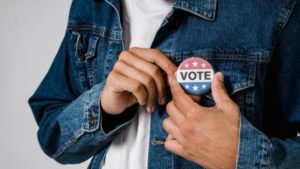