The digital flier read: ‘Help Protect Queer Spaces And Expression Under Threat From The Far Right'

The New York Congresswoman appears to have removed the post from her Instagram story as of Tuesday afternoon.

“The Rolling Library is a queer-led, queens-based, library-obsessed mutual aid group so yes we will standing with our comrades to defend Drag Story Hour this Thursday in Jackson Heights!!!!” read the post’s caption.

Congresswoman AOC has shared a far-left flyer on Instagram for comrades to come to a direct action to “protect” a children’s drag queen event in Queens. A number of these drag events have been protested by BIPOC New Yorkers concerned about what they say is sexual propaganda. pic.twitter.com/2O5oMVb6Fm

“The far right has placed a target on Drag Story Hours nationwide, and New York is no exception,” the post continues. “A group of violent, loud bigots, who have repeatedly harassed and invaded these events in the city, is openly planning to disrupt the next Drag Story Hour, on Thursday, December 29, at the Jackson Heights Library in Queens.”

“Queer community members and allies will be there to show the fascists they are not welcome, but that kids and drag queens are,” the post continued. “Let’s show NYC’s unwavering support for Drag Story Hour and for queer and trans people, and make a safe, encouraging, and joyful welcome for kids and their grownups as they enter the library.”

Protestors are instructed to wear “regular clothes + a mask” and are further encouraged to bring “rainbow swag,” non-amplified noisemakers, and musical instruments along with “joy, and love!” The Thursday protest is scheduled to begin at 3 p.m.

In December, protestors gathered outside a Drag Queen Story Hour hosted at the Andrew Heiskell Library for the Blind. Individuals appearing to resemble Antifa members blocked protestors from entering the building.

“Today I witnessed pure hatred and bigotry outside Drag Queen Story Hour at a public library in Chelsea,” wrote Bottcher. “Inside, I witnessed a loving and peaceful reading of children’s books to kids. Warning: this video contains foul language and hate speech.”

Today I witnessed pure hatred and bigotry outside Drag Queen Story Hour at a public library in Chelsea.

Inside, I witnessed a loving and peaceful reading of children’s books to kids.

The council member shared a separate video of alleged protestors outside his district office asking why firefighters or circus clowns weren’t reading to children instead of drag queens.

“Are you grooming in there, Erik?” asked the alleged vandal. “Some gay people in the community don’t approve of that, and I’m one of them.”

Another alleged protestor chimed in, mentioning Gays Against Groomers, saying, “They don’t approve of this at all, and they’re national.”

“This is what the anti-Drag Story Hour mob subjected my staff to at our office, before they vandalized the hallway,” Bottcher said, before accusing anti-child sexualization group Gays Against Groomers of harassment.

“This is not okay,” Bottcher said.

This is what the anti-Drag Story Hour mob subjected my staff to at our office, before they vandalized the hallway.

This is not okay. pic.twitter.com/cHhjmkfD2f

Gays Against Groomers responded to Bottcher’s allegation saying, “All of our members are in Phoenix right now, but nice try.”

“But we will say, if you’re more worried about some marker on your walls and chalk on the sidewalks rather than children being sexualized by predators, we don’t feel that bad for you, Erik.“ 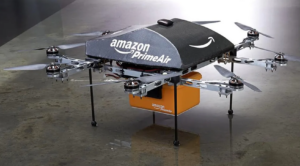