Amazon is testing a drone delivery system in two cities after years of development.

Customers in Lockeford, California and College Station, Texas may now receive their package through Prime Air. Amazon’s goal is to deliver packages under 5 pounds within 60 minutes.

“The promise of drone delivery has often felt like science fiction, and we’ve been working for almost a decade to make it a reality,” Amazon said of the initiative in November. “When we first started Amazon Prime’s Two-Day Delivery program 17 years ago, it was considered revolutionary.”

“Since then, we’ve developed new technologies and made investments in our logistics network that have helped us get packages to customers in two days, one day, and even on the same day,”  the company continued. “To sustainably deliver a vast selection of items in under an hour, and eventually within 30 minutes, at scale, drones are the most effective path to success.”

“We are excited about the next chapter in the Prime Air program and expanding this service to more customers in the months and years to come,” said Amazon.

CEO Jeff Bezos first unveiled plans for a drone delivery service in 2013 during an interview on “60 Minutes” where he estimated the project would not be ready for four or five years. At the time, Senator Edward Markey expressed concerns about the information that would potentially be collected by the drones and urged the Federal Aviation Administration to adopt privacy regulations that would protect consumers.

“Before drones start delivering packages, we need the FAA to deliver privacy protections for the American public,” he said in a statement. “Convenience should never trump constitutional protections.”

Amazon announced that drone delivery would be available in Lockeford on June 13. Lockeford is approximately 39 miles south of Sacramento and 100 miles from San Francisco.

Amazon said the city has “historic links to the aviation industry” as 1900s aviator Weldon B. Cooke once lived there.

“Lockeford residents will play an important role in defining the future,” said Amazon. “Their feedback about Prime Air, with drones delivering packages in their backyards, will help us create a service that will safely scale to meet the needs of customers everywhere—while adding another innovation milestone to the town’s aviation history.”

To participate in the program, customers must first be “onboarded,“ per The Hill. Once a customer is formally enrolled in the program and places an order, drones will descend into his or her yard, drop the package on the ground from a safe height, and then fly away.

The drones, MK27-2s, can travel at up to 50mph and are able to avoid potential obstacles like chimneys.

“These are careful first steps that we will turn into giant leaps for our customers over the next number of years,” said David Carbon, the vice president of Prime Air Amazon, in a Dec. 24 LinkedIn post. “Customers are our obsession, safety is our imperative, the future of delivery is our mandate, technology is unlocking that future, and our people are the foundation that it all sits on.”

Any company operating a drone in the United States must be approved by the FAA. Amazon is one of a few companies to have secured a Part 135 certification from the agency. The certification permits drone operators to carry property on small drones “beyond the visual line of sight” of the operator, per  CNBC.

A few other retailers have already launched drone delivery programs on a small scale.

“Alphabet’s … Wing launched commercial service just north of Dallas in April, and hopes to soon press the button on wide-scale deployment,” reports Seeking Alpha. “Walmart’s … drone delivery program is also available to households in Dallas, Orlando, Phoenix and Tampa, making it possible for customers to get diapers or dinner ingredients delivered in 30 minutes or less.”

Amazon expects to expand its drone delivery fleet in 2024 featuring a new design – the MK30. 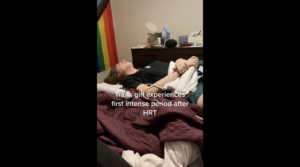