Lemon shared inside information with Jussie Smollet via text

Don Lemon, according to testimony from Jussie Smollett, tipped off the television star to inside information regarding his case.

CNN has been plagued with issues this week related to it’s top anchors interfering in criminal investigations related to notable and high profile individuals. The latest issue has arisen regarding the case of Jussie Smollett.

Smollett is charged with six counts of felony disorderly conduct for making a false police report about an alleged attack. It was reported at the time the attack was motivated by both racial and sexual identity. He is now on trial facing these charges.

Jussie Smollett said he had correspondence with CNN’s Don Lemon during the early parts of the Chicago Police Department’s (CPD) investigation into an alleged hate crime attack against Smollett. A case for which Smollett is now on trial defending himself from allegations he staged the entire ordeal for the purpose of gaining attention.

In his testimony while on the stand in court Monday, Smollett, said under oath that as the investigation was underway, he received a text from the network’s Don Lemon. The texts purportedly relayed information stating the CPD didn’t believe Smollett’s account of what happened.

Lemon told his viewers on CNN at the time that Smollett’s story was “personal” since they had been acquaintances and were in “constant communication” since the alleged attack. Lemon shared that Smollett shared had happened to him. Lemon admitted the account raised lots of questions.

Lemon went on to share that while Smollett is “innocent until proven guilty,” he would question the good will of a lot of people if the story turned out to be untrue.

At this time CNN has not responded to any request for comments. 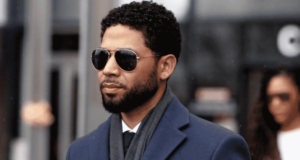