Influencer Andrew Tate and brother Tristan will remain in Romanian custody after a court extended their detention.

The brothers will remain in custody until Feb. 27, according to BBC.

A statement detailing the reason for their extended detainment will be provided at a later time.

Charges have not been brought against the brothers, though authorities suspect the Tates were involved in an organized crime group which exploited women by forcing them into producing adult content.

A lawyer representing the Tate brothers argued against the detention, noting no new evidence was provided to support an extension.

On Jan. 10, the Court of Appeals in Bucharest ruled the brothers could remain under arrest in Romania for 30 days for authorities to organize their case.

In late December, the Tate brothers, along with two women, were arrested under Romania’s anti-organized crime agency on rape, human trafficking, and organized crime charges.

The brothers’ detention was permitted for 24 hours, though the agency was granted a 30-day extension. The court rejected appeals from the detained parties arguing, “the possibility of [the Tate brothers] evading investigations cannot be ignored” and that the brothers may “leave Romania and settle in countries that do not allow extradition” if released from police custody.

“Even up to the present moment, the criminal investigation file has not been made available to us to ensure the effective defense of our clients,” attorney for the Tate brothers Eugen Vidineac said in a translated interview. “In my view, there is no evidence to the formation of an opinion of reasonable suspicion regarding the commission of offenses provided for and punishable by criminal law. In this case, we are talking about human trafficking and organized crime.”

The agency said victims were reportedly “lured by pretenses of love, and later intimidated, kept under surveillance and subjected to other control tactics while being coerced into performing pornographic acts that were intended to make money for the alleged persecutors,” AP News reported.

Romanian authorities also seized at least 10 properties and 15 vehicles reportedly owned by the Tates and the detained parties.

Andrew Tate, who has referred to himself as the “king of toxic masculinity,” rose to notoriety for posting controversial videos sharing his opinions on masculinity.

Tate has lived in Romania since 2017, though is a dual citizen of the United States and the United Kingdom. 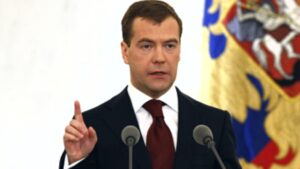 Russia Threatens Nuclear War If It Loses In Ukraine