Russia Threatens Nuclear War If It Loses In Ukraine

Former Russian President Dmitry Medvedev warned on Jan. 19 that Russia could launch a nuclear war if it suffers a loss in the conflict with Ukraine.

Medvedev, who has served as deputy chairman of Russia’s Security Council since 2020 and is an ally of current President Vladimir Putin, used the remarks in a post made on his Telegram account a day before nine NATO countries meet to discuss new ways to support Ukraine.

Tomorrow, at NATO’s Ramstein base, the great military leaders will discuss new tactics and strategies, as well as the supply of new heavy weapons and strike systems to Ukraine. And this was right after the forum in Davos, where underdeveloped political party-goers repeated like a mantra: “To achieve peace, Russia must lose.”

And it never occurs to any of the poor to draw the following elementary conclusion from this: the loss of a nuclear power in a conventional war can provoke the outbreak of a nuclear war. The nuclear powers did not lose major conflicts on which their fate depends.

But this should be obvious to anyone. Even to a Western politician who has retained at least some trace of intelligence.

Since the outbreak of the Ukrainian conflict, Russia has made a number of threatening statements regarding the use of nuclear weapons, though in August 2022 Russia’s Defense Minister Sergei Shoigu downplayed the potential for a nuclear war, telling attendees at a conference there is “no need to use nuclear weapons in Ukraine to achieve our goals.”

If Russia were to lose the Ukraine conflict, it could face significant economic sanctions from the West and be forced into a weaker position on the world stage.

The fresh bluster from Moscow comes as Ukrainian officials prepare for a new offensive, with allies of Ukranian President Volodymyr Zelensky they expect Russia to circle Ukraine and attack on three separate fronts.

“Russians are encircling us from 240 degrees, attacking from the Black Sea, from Belarus and the Luhansk and Donetsk regions,” Ukraine’s Rustem Umerov told The Daily Beast. “They are coming from all directions, with three lines of fighting: criminals, private contractors, and regular forces. Their goals are to get rid of their criminals, to test and train their contractors.”

Russia holds a significant numerical advantage over Ukraine’s forces. But, Ukraine has considerable financial and military backing by the West, which has vowed to never let Russia win the war with Ukraine.

Should Russian officials follow through on their threats and launch an all-out nuclear attack, it would be met with an overwhelming response from NATO forces. A full-scale conflict could result in tens or even hundreds of thousands of casualties on both sides and could have far-reaching economic consequences for Europe.

Since the outbreak of the Ukrainian crisis in 2014, the Russian government has repeatedly made threats to use nuclear weapons in response to any military action taken by NATO or the European Union. Western powers have met these threats with increasing economic and diplomatic pressure in order to deter Russia from intervening militarily in Ukraine.

As the conflict progresses, public support is waning, as a recent poll shows more than half of the Russian population wants to see peace talks that end the war. 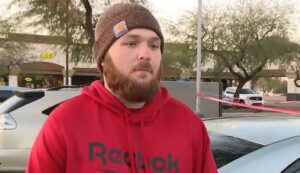