During CNN’s coverage of the Supreme Court’s decision to overturn Roe v. Wade, network contributor Ana Navarro used her own relatives with special needs to explain why she believes in abortion.

Navarro faced a wave of backlash after pointing to her disabled brother and step-grandchildren, one of whom has Down Syndrome and the other she described as “very autistic,” as examples of why abortion is necessary.

“I have a family with a lot of special needs kids. I have a brother who’s 57 and has the mental and motor skills of a one-year-old. And I know what that means financially, emotionally, physically for a family,” she stated, adding, “I have a step-granddaughter who was born with Down Syndrome. And you know what? It is very difficult in Florida to get services. It is not as easy as it sounds on paper. And I’ve got another, I’ve got a step-grandson who is very autistic, who has autism.”

#WATCH | CNN commentator uses her disabled brother and step granddaughter who has Down Syndrome as examples of why we need abortion. #RoeVsWade #RoeVWade #RoeOverturned pic.twitter.com/QBIvEQXdy0

Fox News host Tucker Carlson pointed out that it sounded like Navarro was advocating for eugenics.

“Navarro invoked special needs family members of her own, with autism and Down Syndrome, to justify abortion,” Carlson said. “In other words, it would be better if they didn’t exist. She actually said this.”

Carlson played the clip of Navarro’s commentary before calling it “morally grotesque” and bringing on Lila Rose, president of the anti-abortion organization Live Action.

Rose asserted that what Navarro was doing was advocating eugenics.

“She’s making the Nazi argument, flat out, ‘they’re a burden to society, it would be better if they didn’t exist,'” Carlson said, agreeing with Rose’s conclusion.

Ana Navarro insinuated that families with special needs and autistic children would be better off had they aborted their children.
This is one of the cruelest things I’ve ever heard.
This woman is wicked and deranged.

Navarro’s fellow CNN contributor S.E. Cupp also took her to task for the comments in a Twitter thread.

“I have an autistic child. I have never met a parent of an autistic child or any parent of a special needs child who said they’d wished they’d aborted him or her,” Cupp wrote. “These children face enough stigmas and challenges. Please don’t use our incredible, special, wonderful, super-hero kids to make political arguments, especially about the benefits of abortion.”

Despite the strong blowback, Navarro defended her position while co-hosting The View on Monday.

SUPREME COURT OVERTURNS ROE V. WADE: #TheView co-hosts react to the Supreme Court’s decision to strike down Roe V. Wade, the fundamental right to abortion that has been the law for almost 50 years. https://t.co/koAvYiPacC pic.twitter.com/rsLJVuOoAF 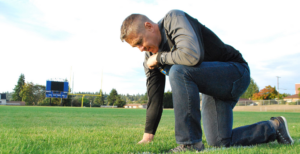