Americans Moved Because of COVID-19, Reshuffling Many Metro Areas

The image was released under Creative Commons on Flickr

Americans uprooted their lives because of COVID-19 lockdowns, changing the populations of several states.

New remote work policies and the desire for more space made it possible for many people to leave crowded urban environments in pursuit of better housing options.

Moving Company United Van Lines reported that during 2020, “Idaho was the state with the highest percentage of inbound migration (70%).” New Jersey, on the other hand, saw the most outbound moves for the third consecutive year.

“We are seeing a reshuffling,” said Frank Nothaft, chief economist at CoreLogic. “People are moving to areas of lower population and lower cost of living.”

While a desire for cheaper housing and cost of living was brewing before 2020, lockdown inspired a new wave of Americans to make a change.

“It increased the desire for more living space, inside and outside,” Nothaft said.

“Across the U.S., the number of people making moves that they defined as permanent was up a modest 3% between March 2020 and February 2021. Even with that increase, national migration rates are likely still at historic lows,’ reports Bloomberg. Data indicates that “people moved outward. Outward to the suburbs of their own core metro area, but also farther out, to satellite cities or even other major urban centers that might still give people proximity to their region.”

Investors noted this summer that “the latest IBD/TIPP Poll found that 29% of Americans surveyed either moved since the coronavirus outbreak or plan to within 12 months.”

Generally, those who are moving, or who plan to move, tend to be younger, between the ages of 18 and 44. This age group told pollsters they were moving for better job opportunities, lower cost of living, and to be closer to family.

Additionally, “Zillow research forecasts 6.4 million more households will form by 2025 due to the sheer number of millennials hitting their mid-to late 30s,” per Investors.

The reshuffling could have implications on home prices, tax rates, and rent rates. 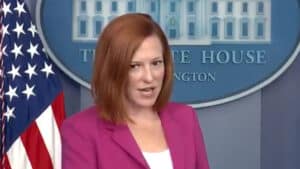