A recent poll suggests that some Americans would support a “national divorce” resulting in red states and blue states forming their own country akin to the Union and the Confederacy during the Civil War.

The cause of such a proposal is the immense polarization that has taken place over the past three decades. The problem with secession is that any kind of U.S. split would only worsen the standard of living in both halves and ultimately empower the largest profiteer of a “national divorce” — the People’s Republic of China. China would pillage U.S. natural resources and co-opt roughly one-half of the United States. Rather than splitting the Union, Americans should focus on finding common ground that was unearthed throughout the last pre-polarization decade.

What are the root causes of a possible American schism? It’s important to understand how we went from a country-wide consensus to the current red versus blue divide.

The past thirty years has seen polarization in America more heightened than at any point in the past century. Beginning in the early 2000s, the concept of a “Red America” or “Blue America” became a major focus for pundits and political analysts. The conduct of the Biden administration has only exacerbated these fissures. The Biden campaign sold the 46th President to the electorate as an experienced moderate who would put the U.S. on the right track. However, in early September, one poll indicated that 61% of Americans feel that the U.S. is on the wrong track. The whole “God, guns, and guts” cultural fault lines of the past have been complicated with the rise of new topics of contention, including the popularized DiAngelo-Kendi brand of Critical Race Theory, pandemic related lockdowns, mask mandates, and a push to limit everything from natural gas to meat consumption in the name of the climate.

The Biden administration’s advocacy of these measures, in addition to the Afghanistan disaster, the rampant inflation along with supply chain issues, the attorney general’s assertion that parents are threatening violence against school administrators, and the border crisis contribute to the reasons that Biden has lost the backing of independents. Biden’s administration focuses on placating progressives rather than maintaining the trust of moderates.

As a result, calls for a “peaceful divorce” have gained ground. Given all that has transpired, some might wonder “what’s the worst that could happen?” when implementing a peaceful, national divorce.

Separating the United States into two halves would most likely lead to global catastrophe. The “blue half” that supports things like masking toddlers and banning gas-powered cars, stoves, and heating would be trading short-term virtue signaling for long-term pain. The masking of children has documented adverse effects on their development, potentially leading to lifelong psychological complications down the road. (It would be the worst common hardship faced by children since the adverse effects of the prevalence of lead in homes. Exposure to lead has been proven to be linked to violence and mental illness and is also considered by some to be a major cause in sparking the crime wave of the 1960s through the 1980s.) The blue states might continue the course of defunding the police, leaving most of Blue America with an even larger unstoppable crime wave — and if blue state media outlets stay the course, they would actively ignore surging crime and unrest.

In addition, an “only-wind-and-solar” approach to energy would fail as Texas’ frozen wind turbine incident suggests, while in practice such a country would be at the mercy of OPEC. Brownouts, blackouts, and wildfires like California currently faces, along with high energy bills, would likely lie ahead in the future for “blue states.” Not to mention the fact that California’s status as a high-poverty, high-inequality state would be emulated by the rest of the blue states.

If you think that the effects of a “national divorce” would only impact domestic affairs, think again. The blue half would more than likely be a partner — wittingly or unwittingly — of Communist China.

China — despite its commitment to coal plants with few if any safety standards — has been a beneficiary of the push to cover everything in solar panels. To ease the hardships in the “blue half,” the People’s Republic of China would seek to take advantage of the natural resources of the area, such as the timber and minerals of the West Coast. The People’s Republic of China would follow the playbook they’ve been using in sub-Saharan Africa, financing infrastructure and urbanizing regions of the continent. Zimbabwean businessman Trevor Ncube has even stated, “If the British were our masters yesterday, the Chinese have taken their place.” Guy Scott, a Zambian former agricultural minister, remarked in 2007: “We’ve had bad people before. The whites were bad, the Indians were worse, but the Chinese are worst of all.”

As Chinese weapons are utilized in civil wars on the continent, and Chinese loans are used to control countries financially, the CCP is essentially colonizing and subjugating Africa for raw materials. These same predatory, divide-and-conquer investment tactics they’ve employed in Africa could be used to control the “blue half” of the U.S. Meanwhile, the “red half” would end up putting together an international coalition to counter the CCP.

This period of division between blue states and red states has yielded not only polarization but little in the way of improving Americans’ lives. Many have pushed the idea that America’s divides are the fault of Republicans. However, the most recent “national consensus” landslide, when Americans were united, took place following Republican Ronald Reagan’s two terms in office.

Reagan’s vice president, Republican George H.W. Bush, prevailed in 1988 over Democrat Michael Dukakis. Dukakis’ soft-on-crime stance was very much the “defund the police” of the day. Since then, the past few Democratic presidential administrations have been responsible for some of the decisions that have proven to be profoundly unwise for our country. One decision was letting Communist China into the World Trade Organization, leading to the loss of American manufacturing jobs and heightening tensions in states with manufacturing economies. Another was the passage and signing of the Telecommunications Act of 1996, which enabled today’s media monoculture by allowing broadcast media to be concentrated in the hands in a few corporate behemoths. Still another strategic blunder was the White House’s and Congress’s failure to support the 2009 Green Movement in Iran, setting the stage for the failed Iran Deal.

These are just a handful of the numerous failures that the blue-state-red-state era has wrought. Most recently, the U.S. has seen its credibility on the world stage suffer, going from the undisputed leader of the free world to a nation in retreat — epitomized by Biden’s policies towards Afghanistan. The current president’s Department of Justice directive to consider parents who attend and advocate at school board meetings to be domestic terrorists is truly one for the books as an exercise in elitist authoritarianism.

As much as it may be tempting to cordon off the elitist authoritarianism emanating from the Acela Corridor, a back-to-basics American government would be far more effective in rebuilding the unity that the country had throughout the last landslide in 1988. Even Tom Brokaw, himself a liberal Democrat, admitted more recently that Ronald Reagan, a Republican, brought the country together. The leaders of both mainstream parties believed in individual freedom and a strong America in the context of the Cold War. They had similar end goals but differed primarily on their way to get there.

A government that unequivocally respects constitutional freedoms established by the Bill of Rights would earn the trust of Americans from all sides. Freedom of speech and freedom of religion were historically valued by both Democrats and Republicans. A government that prioritizes the needs of the American people and respects the liberty of its citizens would have far more impact domestically and abroad. Can it be done? Only if Democrats and Republicans believe in upholding the Constitution and preserving freedom in America. 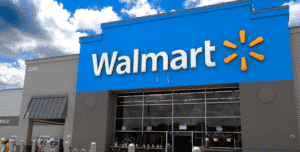 19 responses to “American Schism: Problems with the ‘Peaceful Divorce’ Argument”