Company executives are required to attend the training

More than 1,000 Walmart employees attended training that said white staff members are guilty of “white supremacy thinking” and “internalized racial superiority,” according to a new report.

The training is part of a program launched in 2018 by the company primarily to promote critical race theory. Walmart partnered with the Racial Equity Institute (REI) to create the training.

The program, which is mandatory for company executives, claims that “the U.S. is a ‘white supremacy system,’ created by white Europeans ‘for the purpose of assigning and maintaining white skin access to power and privilege,’” according to whistleblower documents provided to City Journal’s Christopher Rufo.

According to his report, Walmart confirmed to Rufo that it has “engaged REI for a number of training sessions since 2018” and has “found these sessions to be thought provoking and constructive.”

The documents indicate that, during the program, Americans have undergone “racist conditioning” because of sequential oppression starting with the “construction of a ‘white race’” by colonists in 1680 through 2009, and the passage of President Obama’s stimulus legislation, which was “another race neutral act that has disproportionately benefited white people.”

In his report titled “Walmart vs Whiteness,” Rufo writes:

“Following the principle that ‘diagnosis determines treatment,’ the Walmart program seeks to create a psychological profile of whiteness that can then be treated through ‘white anti-racist development.’ Whites, according to the trainers, are inherently guilty of ‘white privilege’ and ‘internalized racial superiority,’ the belief that ‘one’s comfort, wealth, privilege and success has been earned by merits and hard work’ rather than through the benefits of systemic racism.”

Walmart argues that "white supremacy culture" can be summarized in a list of qualities including "individualism," "objectivity," "paternalism," "defensiveness," "power hoarding," "right to comfort," and "worship of the written word"—which are "damaging to [people of color]." pic.twitter.com/shIkDFBeFc

All but one of the nine executives at Walmart are white. The program was recommended but not required for hourly workers.

“The formula is clear: American executives, among the most successful people on the planet, can collect accolades and social status by promoting fashionable left-wing ideologies,” says Rufo.

The Racial Equity Institute says “the goals of understanding and addressing racism” can not be addressed in a one-day program. It bills its services as an “18-month to two-year process.”

The organization has worked with the University of North Carolina’s Gillings School of Public Health and Duke University’s Fuqua School of Business. The University of Southern Maine required all of its police officers — as well as Student Affairs leadership staff — to complete an REI training. The program was also offered by the University of Lincoln-Nebraska’s Institute of Agriculture and Natural Resources.

“Our training and consulting programs are designed to help individuals, organizations, and communities grow their understanding and analysis of structural racism and its cultural and historic roots,” REI says on its website. 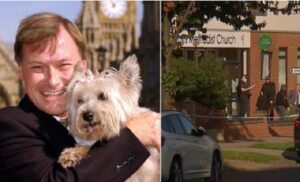