A North Carolina town may soon be without any full-time police after the police chief and all four officers put in their notices of resignation.

Kenly Police Chief Josh Gibson announced the resignations, including his own, in a Facebook post on July 20.

“I have put in my 2 weeks notice along with the whole police dept,” Gibson wrote. “Sharon Evans and Christy Thomas with the town of kenly after 21 years of service… the new manager has created an environment I do not feel we can perform our duties and services to the community.. I do not know what is next for me . I am letting the lord lead the way.. I have loved this community.. it has become family and one of my greatest honors to serve.. God bless you all in Kenly…”

Gibson told local station CBS 17 that he and the other full-time police officers put in their two weeks notice because of the “environment created by new town manager Justine Jones,” a staunch progressive, who took over in June.

In his formal resignation letter, Gibson wrote that “I was looking forward to a fruitful year. However, due to the hostile work environment now present in the town of Kenly, I believe progress is highly unlikely.” He had served as police chief since 2006. 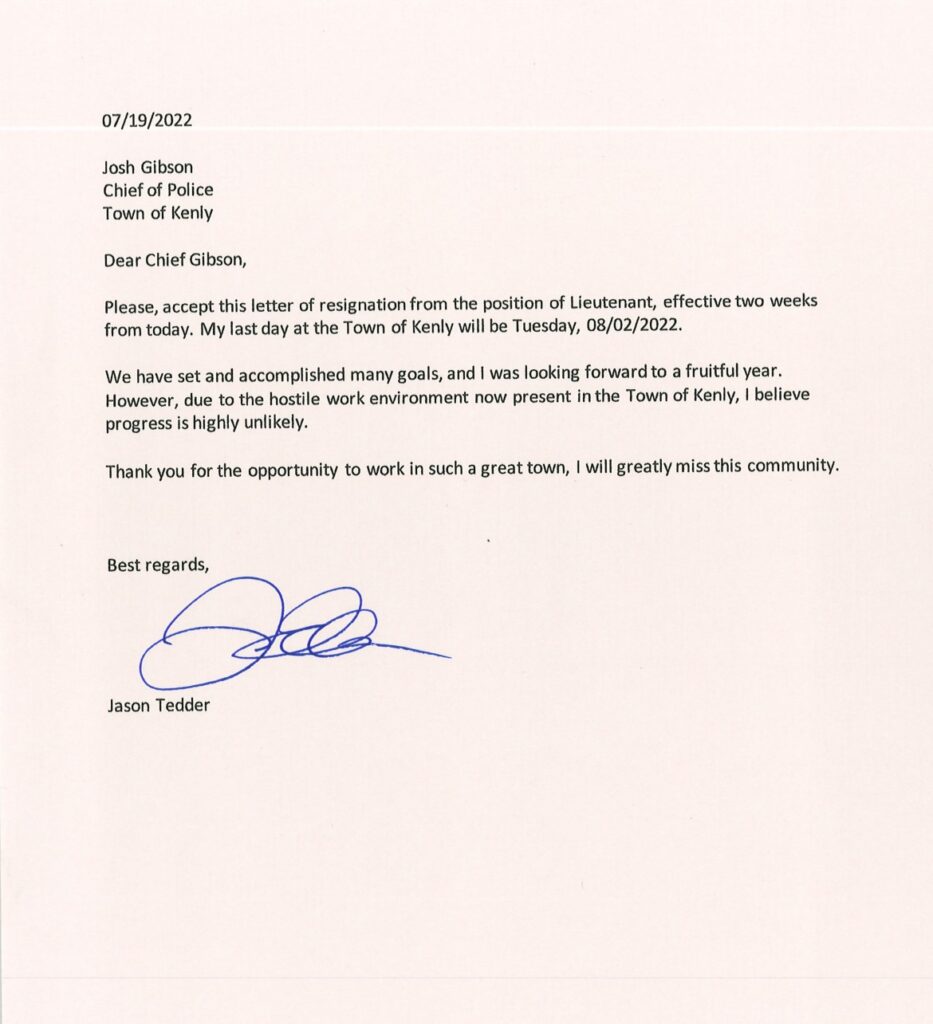 The department was already understaffed, down from their typical eight full-time officers to serve the town of approximately 2,000 people.

An emergency town meeting has been scheduled for Friday evening. In the meantime, the Johnston County Sheriff’s Office has said that they will respond to emergency calls from Kenly.

“We just learned about this [Wednesday], it effects the entire police dept and staff members, we are looking at having an emergency special meeting to figure out how to move forward with it,” Kenly’s town attorney Chip Hewett told WRAL News.

Gibson told the station that he will consider returning to the department if Jones is dismissed.

Jones is not from the town and was hired after a “nationwide search” for someone to run their local government. She has had government jobs in Minnesota, Virginia, South Carolina and North Carolina.

“Jones, a Black woman, sued her previous employer – Richland County, S.C. – for gender and racial discrimination after she was terminated. The lawsuit says she worked as manager of research and was an assistant director,” WRAL reports. “She was terminated on March 30, 2015, and that lawsuit was later voluntarily dismissed. Court records don’t reveal why the case was dismissed.” 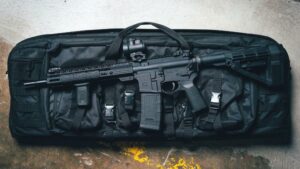