The company is recruiting hosts who list their rental property with the home-sharing company to offer free housing for those evacuated from Afghanistan.

Airbnb CEO Brian Chesky said on Twitter, “The displacement and resettlement of Afghan refugees in the U.S. and elsewhere is one of the biggest humanitarian crises of our time. We feel a responsibility to step up.”

The cost will be covered by Chesky as well as the company’s non-profit organization, Airbnb.org.

“I hope this inspires other business leaders to do the same. There’s no time to waste,” he said.

If you’re willing to host a refugee family, reach out and I’ll connect you with the right people here to make it happen!

There are Airbnb properties in over 100,000 cities, spanning nearly every country across the world.

“White House officials said 28 U.S. military flights ferried about 10,400 people to safety out of Taliban-held Afghanistan over 24 hours that ended early Monday morning, and 15 C-17 flights over the next 12 hours brought out another 6,660,” says ABC News.

The company has a history of offering to provide housing to people affected by crises. The nonprofit branch of the company has housed 75,000 people since 2012, including refugees, earthquake and fire evacuees or responders, and COVID-19 health workers.

“Over the weekend, 165 refugees were placed in safe housing after they arrived in the U.S., and last week, Airbnb’s non-profit also provided emergency funding to the International Rescue Committee, HIAS, and the Church World Service to provide ‘immediate temporary stays’ for up to 1,000 Afghan refugees,” per CBS News.

Other companies have launched efforts to aid Afghans arriving in America following the fall of their country to the Taliban. United, American, Delta, and Hawaiian airlines are providing at least 18 aircraft for the “onward movement of passengers from temporary safe havens and interim staging bases,” said Pentagon press secretary John Kirby in a statement. They will not land at Kabul’s Hamid Karzai International Airport. It is the third time the Civil Reserve Air Fleet has ever been activated, according to NBC News.

The majority of evacuated Afghans will be housed at military bases across the country, including those in Texas, Wisconsin, and Virginia. 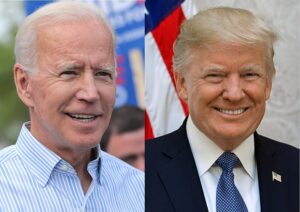 Majority of Voters Do Not Want Trump or Biden to Run in 2024, According to New Poll