Pregnant airmen will be able to find a wider range of sizes in maternity uniforms at Army and Air Force Exchange Services. Both operational camouflage and service uniforms will be available.

“Previously, all but one ACC location offered a single maternity OCP uniform per size for pregnant airmen to try on — if it was in stock at all. Then customers needed to order their clothes from the AAFES website,” per Military Times.

Known as the “Sword Athena” policy team, the volunteer group was formed “to identify, tackle, and propose solutions to female- and family-centric barriers to readiness,” according to a statement from Air Combat Command.

“These initiatives are perfect examples what I asked Sword Athena to tackle and highlights ACC’s commitment to families,” said General Mark Kelly, commander of ACC, after an outbreif in May. “The work isn’t done, yet we continue to remove barriers for our new mothers to stay tactical and on mission, and at the same time take care of their families.”

Maternity uniforms have been a recurring project for several branches of the military under the Biden Administration.

In July, the U.S. Navy showcased a prototype for its first-ever maternity flight suit.

The suit features expandable panels to accommodate pregnant aircrew. It is designed so expectant mothers will only need to purchase one during the course of their pregnancy. The project, at the request of the Commander of the Naval Air Force Reserve, was overseen by Naval Air System Command’s Aircrew Systems Program Office.

“The new design will also prevent safety hazards that may result when pregnant aircrew have to wear larger flight suits with longer sleeves and hems that may not be properly altered,” per Newsweek.

“Prior to the maternity flight suit, pregnant aircrew have generally collected larger-sized flight suits and gone up through additional sizes throughout their pregnancy, potentially needing three to five additional flight suits,” she said in a statement to the press.

“The MPP program is open to officers and enlisted, Active and Reserve Sailors assigned to CONUS and OCONUS commands,” the Navy said in a Dec. 22 memo. “ Upon selection, participants will receive at no charge one set of Maternity Working, Service and Dress Uniforms, and the Maternity Cardigan Sweater.  Maternity Working uniforms will come complete with sewn-on embroidered name tape, service tape and qualification insignia. Enlisted E1-E6 Maternity Dress uniforms will come with sewn-on rank insignia.”

Hemming and shipping of the uniforms will be free of charge.

“We need the young women just beginning their careers in the military service to see it and know that no door will be closed to them,” Biden said.”It is going to take … an intensity of purpose and mission to really change the culture and habits that cause women to leave the military.” 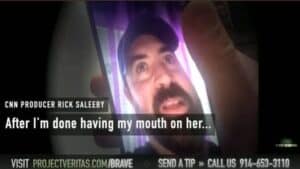 Another CNN Producer Arrested Over Alleged Sexual Misconduct With Minors