Another CNN Producer Arrested Over Alleged Sexual Misconduct With Minors

A top producer for Jake Tapper has been arrested as part of a criminal investigation involving allegations of sexual misconduct involving minors.

Saleeby resigned from the news network following his arrest on Dec. 18.

His arrest comes just weeks after another CNN producer John Griffin was arrested over similar allegations.

“Fairfax County police have reportedly seized electronics and hard drives of CNN producer Rick Saleeby after texts, and FaceTime calls show he was soliciting photos from his fiancé’s underage daughter,” according to local news station Fox26.

Last Wednesday, Project Veritas released a shocking investigation on another CNN producer involved in sexual misconduct with minors. The minor referred to in the story is Saleeby’s fiancé’s 14-year old daughter.

In a video posted by Project Veritas, a man purported to be Saleeby was recorded describing sexual fantasies about young girls.

Hello @JakeTapper is this your producer?

The following statement was shared in the Project Veritas story:

“In one text exchange, the producer tells the source how his fiancé’s daughter ‘was wearing very closely cut bottoms at the pool,’ before using graphic language to describe how he could see the outline of her private parts. Other texts were too graphic and sickening to directly quote,” the story claims.

The source, a woman who engaged in a sexual relationship with the producer for more than a decade, provided the messages and videos she received from Saleeby.

When Saleeby appeared at a Fairfax County court on Tuesday, representatives of Project Veritas confronted him. However, they received no comment from him or his attorney.

Not much information regarding Saleeby or his arrest is available as of Thursday.

According to Project Veritas, they received the following statement from Fairfax County Police:

“Detectives assigned to the Child Exploitation Squad of the Major Crimes Bureau are leading the investigation. While we will eventually be transparent about our findings, safeguarding the personal privacy and safety of victims and witnesses as well as maintaining the integrity of our criminal investigation are of paramount importance. At this time, we are not in a position to provide additional detail on the scope or nature of this investigation.”

The events come one week after another senior CNN producer, John Griffin, was fired after his arrest on Dec. 10 for sex crimes involving minors. 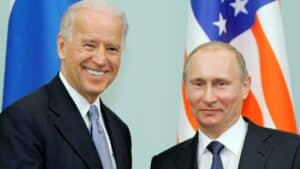