An elderly Michigan woman was shot while going door-to-door to discuss an upcoming  abortion ballot measure.

The 84-year-old was speaking with members of her community about the Reproductive Freedom For All proposal, also known as Proposition 3.

The new law is on the ballot in the 2022 general election and would amend the state’s constitution to make abortion legal in Michigan.

A man shot the victim in the back/shoulder while she was leaving a residence during a heated conversation, according to a press release from Right to Life of Michigan (RLM), the organization for whom the elderly volunteer worked.

The shooter was not a part of that discussion.

The victim — who chose to remain anonymous as the criminal investigation proceeds — drove herself to the police station after the incident. She said she does not know the identity or motive of the shooter.

RLM stated, “The case is being investigated by the Michigan State Police, who will forward the investigation’s results to the Ionia County Prosecuting Attorney’s Office. We have no more details to release at this time.”

Abortion has been legal in Michigan since 1931. If voters say “no” to Proposition 3 in November, abortion would become illegal with no exceptions in cases of rape or incest.

Since the U.S. Supreme Court issued a ruling overturning Roe v. Wade in June, state legislatures have worked to pass measures to either codify abortion at the state level or ban the procedure. Michigan has since become a battleground state on abortion rights.

Over 57 percent of Michigan voters disagree with the decision to overturn Roe v. Wade. Survey data shows abortion is a primary driver of motivation in the 2022 midterm elections for 58 percent of voters who identify as “strong Democratic” and 48.2 percent who lean Democratic.

Supporters of Proposition 3 include doctors and medical professionals who argue abortion is healthcare and banning the procedure threatens the future of medicine and women’s bodily sovereignty.

Opponents believe life should be protected at the moment of conception.

The Michigan Catholic Conference (MCC) recently announced a statewide education campaign to inform residents about Proposition 3 and provide guidance on how to discuss it with potential voters.

“But we must also help our family members, friends, and neighbors understand that Proposal 3 goes much farther than merely restoring Roe v. Wade’s abortion regime,” MCC stated. “In fact, Proposal 3 invalidates more than two dozen Michigan pro-life laws and has many startling consequences.” 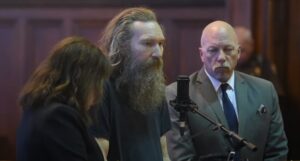