A Michigan cannibal has pleaded guilty to killing a man and eating his testicles after meeting on Grindr.

On Thursday, Mark Latunski, 50, pleaded guilty to open murder, as well as disinterment and mutilation of a dead body, according to court records.

The victim, Kevin Bacon, 25, was found hanging upside down in the basement of Latunski’s home on December 28, 2019. He had been reported missing on Christmas Day.

Police were led to the home after reading the messages exchanged between the two on the gay dating app. When officers arrived, Latunski answered the door shirtless and wearing a brown leather kilt.

Latunski admitted to law enforcement that he stabbed Bacon in the back, slit his throat, and hung him from the ceiling. He also admitted to cutting off his testicles, taking them to the kitchen, and eating them.

Michigan State Police Det. Sgt. James Moore testified during a hearing in 2020 that there were chains and sex toys in the room. He also said that Bacon was found hanging by his feet, with an open trap door beneath him, according to a report from WNEM.

The report states, “Moore went on to describe what Latunski told him regarding Bacon’s death. Latunski said Bacon had been suicidal in the past, and he was going to help Bacon ‘disappear.’ ‘They were laying on the ground. Latunski said Bacon explained how he had been suicidal in the past. The discussion began about how he could make Bacon’s body disappear.’ Latunski said he stabbed Bacon in the back of the neck, but when he realized Bacon wasn’t dead, he slit his throat because he didn’t want Bacon to suffer.”

“He went upstairs, he saw, that in his words, ‘it was a new moon.’ Latunski said he normally eats Rocky Mountain oysters and said instead of eating the ones in his freezer, he decided to use the testicles of Kevin Bacon,” Moore’s testimony continued.

Latunski took a photo of his actions, which was submitted into evidence.

Bacon’s DNA was also found in a skillet. 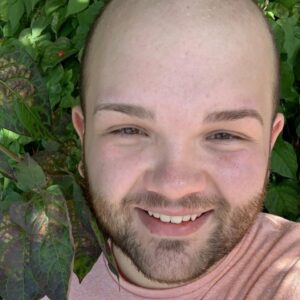 Latunski’s defense attorney Mary Chartier said that her client pleaded guilty against the advice of his legal team.

“While this is not an outcome that (defense attorney) Mr. Krause and I think is in Mr. Latunski’s best interest, we do have to follow Mr. Latunski’s wishes,” Chartier said in court, according to a report from MLive. “We have discussed this matter and consistently he’s been very clear, more than once, multiple times, on his choice and on his reasoning.”

Chartier said that she believes Latunski would have been better suited to being in a hospital situation than in prison. However, Latunski was found competent to stand trial in 2020.

An open murder charge encompasses first and second-degree murder — which will be determined by the judge at a degree hearing on October 18.

Latunski faces a possible life sentence for the murder and subsequent cannibalism.