Democrats are furious saying there was no plan or mutually agreed upon stoppage of these briefings and that they must continue in the midst of a report of a major cyber attack against the US.

But we are also getting reports that DNI Ratcliffe says that foreign interference did occur in the US election.

Could this be the hail mary final play Trump supporters and republicans hoped for, that Trump will invoke executive power over foreign interference and somehow stop joe Biden from winning the presidency?

Or is it just a pipe dream, one last tantrum from the outgoi8ng administration 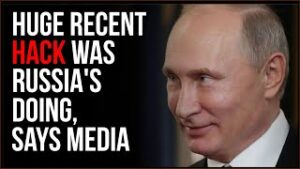