During a speech before the United Nations Security Council, Ukrainian President Volodymyr Zelensky accused the Russian military of committing “the most terrible war crimes” since World War Two and crushing civilians “just for their pleasure.”

“They killed entire families —adults and children — and they tried to burn the bodies,” Zelensky said. “I am addressing you on behalf of the people who honor the memory of the deceased every single day.”

“Some of them were shot on the streets, others were thrown into wells so they died there in suffering… Civilians were crushed by tanks while sitting in their cars in the middle of the road — just for their pleasure,” he said. “They cut off limbs, slashed their throats… Their tongues were pulled out only because the aggressor did not hear what they wanted to hear from them.”

Zelensky’s comments come after reports that Russian soldiers raped girls as young as 10 and burned swastikas into the bodies of their victims.

“Tortured body of a raped and killed woman. I’m speechless. My mind is paralyzed with anger and fear and hatred,” Ukrainian MP Lesia Vasylenko wrote on Twitter along with a gruesome photo of one of the bodies. 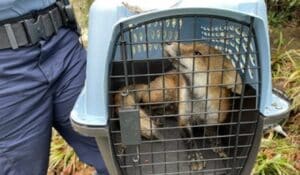