The U.S. Capitol Police have captured a fox that reportedly “nipped” at California Congressman Ami Bera.

The fox was reportedly “aggressive” with several people, but it is unclear if it actually bit anyone.

The Capitol Police tweeted just before 1 p.m., “We have received several reports of aggressive fox encounters on or near the grounds of the U.S. Capitol. For your safety, please do not approach any foxes. Animal Control Officers are working to trap and relocate any foxes they find.”

At 3:36 p.m., the Capitol Police provided an update saying that the fox had been captured.

Many on social media expressed concern that there may be kits nearby, as the males hunt while the females stay in the den and care for the young. Removing a parent could mean death for the kits.

🚨PLEASE look around for a den!!🚨If they trap and remove the fox the kits may die. Removing a parent slashes survival odds. Mom stays with kits for 1st 2 weeks. Dad brings food. If they trap female, kits may not be weaned yet. Start with the area of attack, Check security video.

Please make sure there’s not a fox family in the area! Male fox hunt while the female takes care of the pups. Do Not Separate a family!

Plz confirm there it has no nearby family

Local station Fox 5 reports that “one encounter was at the Botanic Garden, and a second was on the House side of the Capitol near the building foundation.”

“Congressman Ami Bera’s office confirmed to FOX News that the congressman was nipped on the leg by the fox on his walk into the office Monday. A statement via Rep. Bera’s office mentioned it was inconclusive whether the congressman was bitten,” the report continued. “Out of an abundance of caution and per the responding physician’s recommendation, Rep. Bera went to Walter Reed Hospital Monday night and received his appropriate shots. The congressman has recovered and returned to work on Tuesday.”

On Tuesday morning, the fox was reportedly approaching people near First and C Street.

Officials told Fox 5 that they believe there may be a den nearby and animal control is working to find any kits or other foxes to relocate them. 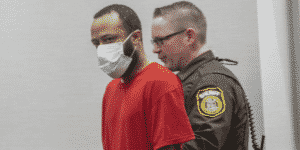