The LaBrant family has over 13 million subscribers on YouTube

A pair of Christian YouTubers sparked outrage after posting an anti-abortion documentary to their family vlogging channel with more than 13 million subscribers.

Cole LaBrant and his wife, Savannah, gained fame for their videos about their family, including their wedding, dance recitals, and pregnancy announcements. The popular channel, The LaBrant Family, features their three children. They frequently discuss their faith and how Christianity informs their lifestyle.

In the video, the narrator notes the controversial nature of the topic since abortion was legalized in the 1970s.

The documentary attributes over 60 million deaths to abortion in the United States.

Since its publication, there have been calls for the video’s removal. Some have said it is insensitive to compare abortion to the Holocaust.

The LaBrant Family just uploaded a documentary comparing abortion to the Holocaust on their 13M sub channel lmfao what pic.twitter.com/3jBqLYUlAe

The LaBrant family made a 40 minute anti-choice documentary, compared abortion to the holocaust, & tried to intimidate expectant mothers by graphically depicting late-term abortion procedures. Cole and Savannah should be so ashamed. I’m embarrassed to have ever supported them.

Literally one of the most disgusting uses of an online platform I've ever seen. The LaBrant Family and everyone associated with this "documentary" should be absolutely ashamed of themselves. #prochoice https://t.co/hXSPE5J2hD

Cole LaBrant posted an Instagram story on April 10 notifying his followers that the platform had removed a post of the video.

“This is ok, fortunately we have talked with our team at YouTube and they’re keeping the documentary up there, which is most important,” LaBrant wrote.

He said YouTube had demonetized the video and removed it from its algorithm, a move which LaBrant said he expected.

“The biggest thing this does is significantly reduce the video’s reach,” he said in his statement. “This makes it where you can really only watch the video if you have a link or go directly to our channel.”

“At this point we’ll leave the message in God’s hands and trust that whoever is supposed to watch it, will watch it,” LaBrant said.

Sadie Robertson Huff, a Christian social media influencer who appeared with her family on Duck Dynasty, shared a link to the documentary on her Instagram story and recommended the film to her followers. She praised the LaBrants for making the video “in the midst of a culture that is quick to cancel.”

“Thank you for bringing people in to the journey you two were on to learn,” Huff wrote. “Thank you for helping us educate ourselves on how to help someone in this situation.”

In the description of the video, the LaBrants link to Embrace Grace, a nonprofit that works with churches to “love and support the single and pregnant young women in their communities.”

As of April 11, the documentary has more than 2 million views.

The LaBrants have caught the ire of the internet before. They ultimately removed a 2019 video where they told their then 6-year-old daughter Everleigh that they had to give her dog away as an apparent April Fool’s prank.

The prank was widely denounced as cruel and manipulative. The LaBrants, who had just over 8 million subscribers at the time, disabled comments on their videos. Their apology video, which was posted on April 3 and has also been removed, was viewed more than 900,000 times. 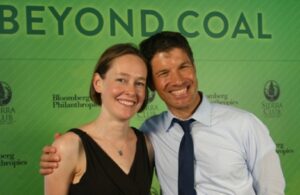