Loudoun County Virginia has been ground zero in the fight between parents and out of control, liberal school boards, but in neighboring Jefferson County, West Virginia another fight is unfolding.

On April 4th a PAC by the name of “JCS Parents & Citizens for Informed Candidates” was formed and registered with the Jefferson County Clerk’s office.

According to their social media site the aim of the group is “Supporting candidates with the experience, skills, and character to balance diverse needs across the Jefferson County School system.” While this sounds good on paper, digging deeper reveals another possible motive for the PAC.

Official filing documents show that the treasurer of the PAC is Mary Anne Hitt, a self-described Climate strategist and former director of the Sierra Club and Michael Bloomberg’s “Beyond Coal” campaign, which boasts of stopping over 200 coal plants from being built in the United States. She now works as the Senior Director of Climate Imperative whose website says that it works with on-the-ground organizations, to provide funding, technical support, and expertise to inform the most important climate policy decisions.

In 2019, local environmental groups in Jefferson County, led by Hitt and others convinced the Jefferson County Board of Education to use eminent domain to attempt to seize land purchased by mineral wool company, Rockwool.

Their goal was to stop Rockwool from building a multi-million dollar factory that would employ over 150 Jefferson County residents. The eminent domain seizure was ultimately unsuccessful, but resulting lawsuits cost the Jefferson County Board of Education and Jefferson County taxpayers over $150,000 in funds that could have been better used in the classroom. The board of education members pushing hardest for the eminent domain seizure where Kathy Skinner and Laurie Ogden, who are both up for reelection in 2022 and are being supported by the PAC formed by Hitt.

JCS Parents & Citizens for Informed Candidates also describes itself as a non-profit. While no current non-profit filing for the organization can be found on the West Virginia Secretary of State’s website, there is still time for Hitt’s organization to register as a 501(c)(4). If they do, they will not be required to disclose the source of their donations, effectively making them a dark-money PAC that could bring in national contributions with the intent to influence a Board of Education race and once again weaponize a school system against a company disliked by local environmental extremists. 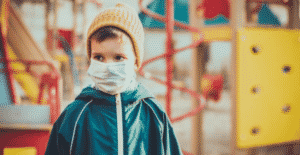