The interview regarding COVID, vaccines and mandates was removed days after Dr. Robert Malone's Twitter was also suspended

Social media giants YouTube and Twitter have made another move to censor conversations between influential individuals in an apparent effort to suppress information related to COVID-19 vaccines and treatments.

The suspension came after Malone wrote a tweet regarding COVID vaccines: “Pfizer 6 month data which shows that Pfizer’s Covid-19 inoculations cause more illness than they prevent. Plus, an overview of the Pfizer trial flaws in both design and execution.”

During the three-hour and six-minute interview on The Joe Rogan Experience, Malone shared his storied career and how he became part of the team that invented the mRNA technology used in COVID-19 vaccines.

The two discussed many topics surrounding the COVID pandemic. The discussion included the invention of mRNA technology, vaccine deployment, adverse reactions to vaccines, and vaccine mandates.

During the discussion of vaccines mandates, Malone references America’s current state in the pandemic and Nazi Germany.

Malone said that American society is experiencing a mass formation psychosis similar to Germany in the 1920s and 1930s.

“A very intelligent, highly educated population, and they went barking mad. And how did that happen? The answer is mass formation psychosis. When you have a society that has decoupled from each other, and has free-floating anxiety, in a sense that things don’t make sense, we can’t understand it. And then their attention gets focused by a leader or series of events on one small point, just like hypnosis. They literally become hypnotized and can be led anywhere,” said Malone.

Rogan went on to talk about Malone’s suspension from Twitter, which occurred one day before the podcast release.

Joe Rogan questions big tech for censoring “one of the most qualified people in the world to talk about vaccines”Dr. Robert Malone.

“They removed you for not going along with whatever the tech narrative is because tech clearly has a censorship agenda when it comes to COVID in terms of treatment, in terms of whether or not you are promoting what they would call ‘vaccine hesitancy’ – they can ban you for that,” said Rogan.

He went on to add that Malone is “one of the most qualified people in the world to talk about vaccines.”

Malone responded by questioning: “If it’s not okay for me to be a part of the conversation even though I’m pointing out scientific facts that may be inconvenient, then who is?”

The doctor noted that he had been contacted by multiple lawyers looking to help him file a suit against Twitter.

The Joe Rogan episode was also posted in full on another account not affiliated with the podcaster. However, that video was also removed. In both instances, YouTube cited a violation of Community Guidelines, The Post Millennial reported.

The audio-only version of the Joe Rogan Experience episode with Dr. Malone is still on Spotify. 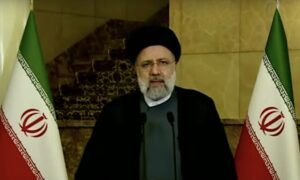