'Granting exclusive access to a flawed commercial rankings system is counterproductive to the mission of this profession,' said the Dean

One of America’s top law schools has opted to no longer be included on US News & World Report’s annual ranking list.

“Granting exclusive access to a flawed commercial rankings system is counterproductive to the mission of this profession and the core values of Yale Law School,” stated Dean Heather K. Gerken in her justification of the decision

Gerken noted that Yale has ranked as the nation’s number one law school for the three decades US News & World Report has released its rankings. Gerken wrote that the rankings “disincentivize programs that support public interest careers, champion need-based aid, and welcome working-class students into the profession.”

“It’s entirely understandable that many schools feel compelled to adhere to a commercial magazine’s preferences, as the rankings are taken seriously by applicants, employers, and alumni,” she wrote. “While I sincerely believe that U.S. News operates with the best of intentions, it faces a nearly impossible task, ranking 192 law schools with a small set of one-size-fits-all metrics that cannot provide an accurate picture of such varied institutions. Its approach not only fails to advance the legal profession, but stands squarely in the way of progress.”

Gerken argued the publication’s methodology does not weigh the value of public interest fellowships or loan forgiveness programs offered to those pursuing public interest careers while overvaluing the LSAT/ GRE scores and GPAs in a way that can deter the recruitment of low-income students.

“The people most harmed by this ill-conceived system are applicants who aspire to public service work and those from low-income backgrounds,” said Gerken. “The rankings system has made it increasingly difficult for law schools to provide robust support for students who serve their communities, to admit students from low-income backgrounds, and to target financial aid to the students most in need.”

She added, “Leaders in legal education should do everything they can to ensure students of all backgrounds have the support and resources they need to enter our profession and contribute to society.”

The publication’s ranking system for law schools as well as colleges, universities and high schools has repeatedly come under scrutiny in the last decade.

In September 2011, Washington Post reporter Valerie Strauss noted that 22.5% of a university’s ranking relied on “the combined assessment of a school’s reputation by academics from rival institutions and by high school college admissions counselors,” while 15% was peer assessment and 7.5% was high school counselor assessment.

“Measures such as faculty resources and financial resources don’t rate especially high with counselors either as measures of quality,” wrote Stauss. “Faculty salaries, for example, accounts for 35 percent of the faculty resources measure. Though this does show that a school has more money to pay its faculty, a higher salary is no indication of the quality of a college professor.”

The publication was criticized in 2015 for using inaccurate or missing data to rank high schools in Maine after a number fell or completely disappeared from the ranking despite previous success.

Stephanie Saul, a New York Times reporter, wrote in September 2022 that – despite criticism – US News & World Report “has often made the case that college is the biggest investment that families will make, and that the rankings help high school students and their families make the most well-informed decisions about college and ensure that the institutions themselves are held accountable.”

US News & World Report has yet to comment on Yale Law School’s announcement. 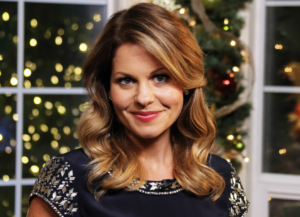