The Republican Party in two Wyoming counties have voted to no longer consider Rep. Liz Cheney a member of the party.

Park County and Carbon County Republicans both unanimously denounced the controversial lawmaker who supported the impeachment of President Donald Trump.

“Park County set up the ball, Carbon County spiked it,” Joey Correnti, chairman of the Carbon County Republican Party, told the Star-Tribune. “And now other counties, I say by the end of the week you’ll have at least three or four other counties that are having meetings that will pass a similar resolution.”

According to the report, members from Republican parties in Uinta, Big Horn, Laramie and Weston counties — which all have meetings in coming weeks — have all requested copies of Carbon County’s resolution.

“Representative Elizabeth Lynne Cheney, will officially no longer be personally recognized by the Carbon County Republican Party as a ‘REPUBLICAN’ Representative,” their letter to the lawmaker read.

Both of the county’s letters concluded with, “In short, and in the immortal words of the 45th President of the United States of America, Donald J. Trump…’You’re Fired!’”

Correnti hopes that the resolution will also be adopted by the Central Committee of the Wyoming Republican Party.

Cheney’s office released a statement about the resolutions saying that she will continue to fight for “all the people of Wyoming.”

“Liz will continue to fight for all the people of Wyoming,” Cheney spokesperson Jeremy Adler told the paper. “She knows that she and all elected officials are bound by their duty under the US Constitution, not by blind loyalty to one man.” 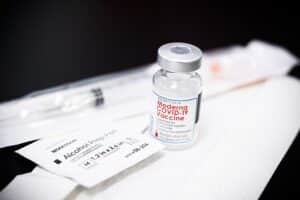