The announcement was made Tuesday by Moderna Chief Executive Stéphane Bancel

Moderna has struck a deal with the Canadian government to build a new plant to make messenger RNA vaccines.

Chief Executive Stéphane Bancel said in an interview that the plant will be built, owned, and operated by the pharmaceutical company. He added that Moderna might build similar plants with countries in Europe and Asia. He would not specify which countries are being considered.

Bancel said, per the company’s agreement with the government, the plant will fulfill Canadian orders for Moderna mRNA vaccines. This would include Covid-19 booster shots and other vaccines that the company is developing.

According to The Wall Street Journal, “the location of the factory hasn’t been determined. The company and the government said construction could be completed by the end of 2024. Canada’s Innovation Minister François-Philippe Champagne said that Canada agreed to acquire a set number of vaccines that Moderna will produce from the plant, to help lure the company. He didn’t provide further details.

Moderna’s main manufacturing plant is in Norwood, Massachusetts. This will be the company’s first manufacturing facility outside the United States.

Bancel said, “the company could make five or 10 similar facilities in countries across the world over the next few years [and] the facility will aim to make mRNA-based vaccines to protect against Covid-19, seasonal flu, respiratory syncytial virus, and other respiratory viruses, once they are approved by regulators,” per Barron’s.

“I believe that this technology can allow Canada to be ready for the next virus,” Bancel said at an announcement in Montreal.

“Whether it’s a small outbreak, or a big pandemic, like the one we just saw — God forbid — Canada will be ready. We’ll be ready on Canadian soil to make, in a matter of months, a new vaccine for a new emerging virus to protect the Canadian population,” he said.

Because no vaccines are made in Canada, the Toronto Sun says the nation has been “entirely reliant on imports to fill vaccine orders so far.”

“As a result Canada was slower out of the gate on immunizations than some of its counterparts who had domestic production, and it appears likely had to pay more per dose for some vaccines as well,” said the paper.

Moderna was founded 11 years ago to research mRNA therapy. The company’s stock has risen 356% so far this year. In May, it reported $1.7 billion in sales of its COVID-19 vaccine. 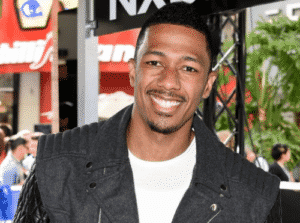 Nick Cannon Calls Having Children with One Woman “a Eurocentric concept”