Trump: 'They could have had it anytime they wanted without playing politics and breaking into Mar-a-Lago'

Federal agents who carried out a search on former President Donald Trump’s Palm Beach, Florida, home on Aug. 8 removed 11 sets of classified documents, according to a report from the Wall Street Journal (WSJ).

The newspaper’s reporters were able to obtain and review the warrant and property receipt, which lists what federal agents retrieved when they searched Mar-A-Lago.

WSJ says that the Federal Bureau of Investigation (FBI) “took around 20 boxes of items, binders of photos,” information about the “President of France,” a handwritten note and the executive grant of clemency for Trump’s ally Roger Stone.

President Trump responded on his social media network Truth Social, stating that all of the documents the FBI took were declassified and that they would have accessed it any time without a raid.

“Number one, it was all declassified. Number two, they didn’t need to ‘seize’ anything,” Trump explained. “They could have had it anytime they wanted without playing politics and breaking into Mar-a-Lago.”

The former president also took aim at his predecessor, Barack Obama, whom he claimed took more than 33 million pages of records with him to Chicago after he left office, but has still not made available online.

“The bigger problem is, what are they going to do with the 33 million pages of documents, many of which are classified, that President Obama took to Chicago?” Trump asked.

The National Archives and Records Administration (NARA) said it has maintained “exclusive legal and physical custody of Obama Presidential records” since the former president left office in 2017.

In a statement released Aug. 12, NARA claimed to have “moved approximately 30 million pages of unclassified records to a NARA facility in the Chicago area where they are maintained exclusively by NARA. Additionally, NARA maintains the classified Obama Presidential records in a NARA facility in the Washington, DC, area. … President Obama has no control over where and how NARA stores the Presidential records of his Administration.”

WSJ’s report comes just a day after the the U.S. Attorney General revealed that he personally approved the raid and petitioned the presiding magistrate Judge Bruce Reinhart to unseal the warrant.

“The public’s clear and powerful interest in understanding what occurred under these circumstances weighs heavily in favor of unsealing,” said a motion filed in federal court in Florida on Aug. 11.

“Faithful adherence to the rule of law is the bedrock principle of the justice department and of our democracy upholding the rule of law means applying the law evenly without fear or favor,” Garland said at a press conference announcing the request to unseal the warrant. “ Under my watch, that is precisely what the Justice Department is doing. All Americans are entitled to the even-handed application of the law, to due process of the law, and to the presumption of innocence.” 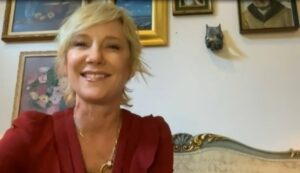 Anne Heche Removed From Life Support, Passes Away at 53