Anne Heche Removed From Life Support, Passes Away at 53

Actress Anne Heche has been removed from life support one week after being critically injured in a car crash.

Heche was 53-years-old and is survived by her two sons.

News of Heche’s passing was announced in an Instagram post by her friend Nancy Davis, hours after it was announced that she would be removed from life support.

“Heaven has a new Angel. My loving, kind, fun, endearing and beautiful friend @anneheche went to heaven. I will miss her terribly and cherish all the beautiful memories we have shared,” Davis wrote. “Anne was always the kindest, most thoughtful person who always brought out the best in me. She was so supportive with anything she could do to help @racetoerasems and would always say yes when she knew she could contribute something with her time, talent and creative genius to help find a cure for MS . My heart is broken.”

Heche crashed her car into a house in Los Angeles on August 5. She was reportedly speaking to firefighters as they freed her from the wreckage, but she slipped into a coma three days later.

In a statement on August 12, in the hours before her death, Heche’s family posted a statement announcing that she had suffered “a severe anoxic brain injury.” They said that she had always planned to donate her organs, so she was being kept on life support while arrangements were being made.

“We want to thank everyone for their kind wishes and prayers for Anne’s recovery and thank the dedicated staff and wonderful nurses that cared for Anne at the Grossman Burn Center at West Hills hospital,” the statement read.

The statement added, “unfortunately, due to her accident, Anne Heche suffered a severe anoxic brain injury and remains in a coma, in critical condition. She is not expected to survive.”

“Anne had a huge heart and touched everyone she met with her generous spirit,” the statement continued. “More than her extraordinary talent, she saw spreading kindness and joy as her life’s work — especially moving the needle for acceptance of who you love. She will be remembered for her courageous honesty and dearly missed for her light.”

The day before her passing, the Los Angeles Police Department confirmed that they were investigating whether or not Heche was intoxicated when she crashed.

The crash caused a massive fire at the home, which took an hour to extinguish. Everything inside was destroyed, but the occupant escaped without being injured.

Officer Annie Hernandez told CNN that they had drawn blood, but that “additional testing is required to rule out any substances that were administered in the hospital.”

The Guardian reports that Heche has been outspoken about her troubled upbringing.

“When Heche was 13, her father died of Aids, which she said he contracted from same-sex partners. Heche also claimed that her father repeatedly raped her as a child, leading to her contracting genital herpes when young. Other members of her family disputed the claim. Three months after their father died, Heche’s brother, Nathan, died in a car crash, which his sister claimed was suicide. Heche became estranged from her mother soon after.”

Heche is best known for her roles in Donnie Brasco, Cedar Rapids, the remake of Psycho, and horror classic I Know What You Did Last Summer. She was also in a high-profile relationship with talk show host Ellen DeGeneres for three years. 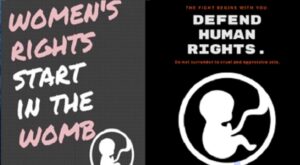