Under FINA’s new “gender inclusion policy,” only swimmers who transitioned before the age of 12 can compete in women’s events.

The organization’s extraordinary general congress voted 72% in favor of the measure on June 19.

“This is not saying that people are encouraged to transition by the age of 12,” said the FINA president’s spokesman James Pearce to AP News. “It’s what the scientists are saying, that if you transition after the start of puberty, you have an advantage, which is unfair.”

“They’re not saying everyone should transition by age 11, that’s ridiculous. You can’t transition by that age in most countries and hopefully you wouldn’t be encouraged to,” Pearce added. “Basically, what they’re saying is that it is not feasible for people who have transitioned to compete without having an advantage.”

FINA is also exploring adopting an “open competition” category although the details have not yet been finalized.

Pearce said the organization will form a new exploratory group that will “include a lot of different people, including transgender athletes” to determine “how it would work” over the next six months.

“The eligibility criteria for the women’s category as it is laid out in the policy police the bodies of all women, and will not be enforceable without seriously violating the privacy and human rights of any athlete looking to compete in the women’s category,” said Anne Lieberman, who serves as the Director of Policy and Programs at the LGBT-advocacy group Athlete Ally.

In her statement, Lieberman said FINA’s policy is “not in line with the 2021 International Olympic Committee framework on Fairness, Inclusion and Non-Discrimination on the Basis of Gender Identity and Sex Variations.”

FINA began reviewing its policy regarding gender inclusion after the IOC adopted new regulations regarding transgender and intersex athletes in 2021. The Olympic governing board’s new policies did not include surgical or hormonal gender intervention. The framework is not legally binding but is intended “to help international federations craft their own policies, emphasizes the following principles: inclusion, prevention of harm, non-discrimination, fairness, no presumption of advantage, evidence-based approach, primacy of health and bodily autonomy, stakeholder-centered approach, right to privacy and periodic reviews,” per CBS Sports.

“We have to protect the rights of our athletes to compete, but we also have to protect competitive fairness at our events, especially the women’s category at FINA competitions,” said Husain Al-Musallam, FINA’s president, in a statement. He added that the open category would “mean that everybody has the opportunity to compete at an elite level.”

“This has not been done before, so FINA will need to lead the way,” Al-Musallam said. “I want all athletes to feel included in being able to develop ideas during this process.”

Four-time gold medalist swimmer Cate Campbell was one of the athletes who spoke to FINA’s leadership prior to their vote. The athlete said that while she wanted people who identify as transgender “to be part of the broader swimming community,” she felt obligated to ask FINA to “investigate, deliberate and uphold the cornerstone of fairness in elite women’s competition.”

“It pains me that this part of my role, may injure, infuriate and potentially alienate people from an already-marginalised trans community,” she said during her address, per The Guardian. “However, I am asking everyone to take a breath, to absorb before reacting. Listen to the science and experts. Listen to the people who stand up here and tell you how difficult it has been to reconcile inclusion and fairness.”

“That men and women are physiologically different cannot be disputed,” Campbell added. “We are only now beginning to explore and understand the origins of these physiological differences and the lasting effects of exposure to differing hormones.” 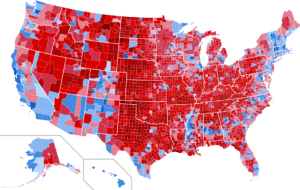