AA component of the 2022 platform adopted by Texas Republicans on June 18 rejects the outcome of the 2020 U.S. Presidential election, calling it a “constitutional violation.”

“We believe that the 2020 election violated Article 1 and 2 of the US Constitution, that various secretaries of state illegally circumvented their state legislatures in conducting their elections in multiple ways, including by allowing ballots to be received after November 3, 2020,” the resolution reads. “We believe that substantial election fraud in key metropolitan areas significantly affected the results in five key states in favor of Joseph Robinette Biden Jr.”

While some of the GOP lawmakers who met in Houston for the party’s annual state convention assert that the 2020 election was stolen, and others say there was no amount of fraud that would have changed the outcome, to date, claims of election fraud in the 2020 election have yet to be adjudicated in a court of law.

“We reject the certified results of the 2020 Presidential election, and we hold that acting President Joseph Robinette Biden Jr. was not legitimately elected by the people of the United States,” GOP lawmakers stated in the resolution.

“We strongly urge all Republicans to work to ensure election integrity and to show up to vote in November of 2022, bring your friends and family, volunteer for your local Republicans, and overwhelm any possible fraud,” the resolution stated.

Convention resolutions carry no legal weight and are not enforceable by law, but do highlight the thinking and policy priorities of party members.

Nationwide, as of mid-June, 149 Republicans who won their 2022 primary elections believe that the 2020 election was stolen. And multiple polls show that nearly 70 percent of Republicans do not agree that President Biden was legitimately elected.

Election integrity is now a priority for Republicans and conservatives across the country.

Election officials in New Mexico recently faced a standoff over the county commission (led by Republicans) and the state’s Democratic secretary of state over the commission’s refusal to certify election results over allegations that the electronic voting machines used were not secure.

The issue was escalated to the New Mexico Supreme Court, which issued a ruling forcing the certification process to be completed. 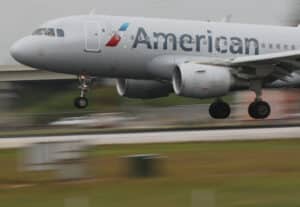 Thousands of Flights Cancelled Across U.S.