WikiLeaks Founder Julian Assange Suffered a Mini-Stroke, According to Fiancée

WikiLeaks founder Julian Assange had a mini-stroke during his battle to avoid extradition from Britain to the United States, which he has been fighting since 2019.

The stroke was reported by his fiancée Stella Moris late on Saturday evening.

The US government won an appeal on Friday at Britain’s High Court over the extradition to the US, where Assange faces spying charges over WikiLeaks’ publication of secret military documents over a decade ago.

A ‘transient ischaemic attack’ – the interruption of the blood supply to the brain – can be a warning sign of a full stroke. According to Moris, Assange has since had an MRI scan and is now taking anti-stroke medication.

Moris, the mother of Assange’s two young children, claims the mini-stroke occurred in late October; on the first day that the US appealed their right to his extradition out of Great Britain.

“Julian Assange suffered a stroke on the first day of the High Court appeal hearing on October 27th,” Moris tweeted.

BREAKING: Julian #Assange suffered a stroke on the first day of the High Court appeal hearing on October 27th.

He needs to be freed. Now. #FreeAssange https://t.co/yNg8HGUoAD

“It urgently needs to be resolved. Look at animals trapped in cages in a zoo. It cuts their life short. That’s what’s happening to Julian. The never-ending court cases are extremely stressful mentally.” added Moris in a further statement.

The United States is pursuing charges against Assange for WikiLeaks’ publication of thousands of top-secret military documents in 2010. The documents contained information about the government’s military actions in Afghanistan and Iraq.

As it stands, US prosecutors have indicted Assange on 17 espionage charges and one other charge of computer misuse.

The charges carry a maximum sentence of 175 years if convicted.

Assange’s lawyers have previously said they will take the case to the Supreme Court to appeal the decision to grant the extradition.

The publisher’s legal team has raised concerns, many times, about the impact of his extended incarceration. They have additionally highlighted his physical and mental health in a bid to halt the extradition. 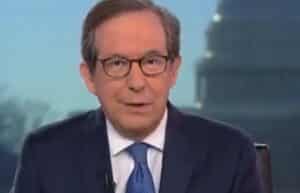 One response to “WikiLeaks Founder Julian Assange Suffered a Mini-Stroke, According to Fiancée”