Thousands of protesters took to the streets in China to protest the latest round of COVID-19 restrictions imposed by the Chinese Communist Party (CCP).

Since 2020, President Xi Jinping has adopted a “zero-COVID” policy, which Chinese authorities have used to justify brutal lockdown measures.

Following a lockdown that lasted more than 100 days, on Nov. 24, one of those apartment buildings — located in Urumqi, the capital of the Xinjiang region — caught fire, resulting in 10 deaths. Firefighters were delayed from reaching victims because of the CCP’s lockdown policies.

“The Chinese people took that as a lesson, and that’s one of the main triggers of these large scale protests right now,” Joshup Philipp, investigative reporter and China expert at The Epoch Times, told Timcast in an interview.

“They’re realizing the CCP will lock you in your home as you burn to death with you and your family and that for them is COVID lockdown,” Philipp explained. “They will turn your health code on your phone red, which means you have to go sign up for COVID camp and little concentration camps they’re building.”

Chinese citizens are required to carry a color-coded digital health pass on their mobile devices. If a person receives a red alert, they are required to report to a state-run camp for isolation. Chinese officials have been accused of abusing the system, and sending red codes to protesters en masse, in a bid to quell uprisings.

Yesterday, Chinese authorities violently dispersed a crowd of protesters who were demanding their life savings back from banks that confiscated their funds amid a currency crisis. The incident marks the second time this year that large-scale protests erupted after banks withheld money people tried to withdraw.

On Nov. 26, facing a heavy police presence, thousands of protesters openly called for Xi and the CCP to step down.

Philipp says he believes that the hopelessness created by the Chinese government signaling its willingness to let its own citizens die in a failed bid to uphold health policy could destabilize the CCP’s reign.

“All of them are facing the prospect of death,” he said. “They know exactly what they’re dealing with and they’re willing to deal with that rather than face the future the CCP is offering them. They’re past the point of no return.” 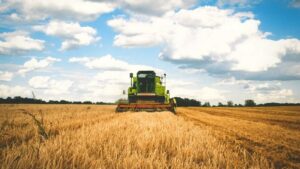