Prices for wholesale goods surged a record 9.6% in November according to new data released by the Labor Department, adding more financial pressure as Americans struggle with overall inflation rates of 6.8%.

“Prices at the wholesale level surged by a record 9.6% in November from a year earlier, an indication of on-going inflation pressures. The Labor Department said Tuesday that its producer price index, which measures inflation before it reaches consumers, rose 0.8% in November after a 0.6% monthly gain in October. It was the highest monthly reading in four months,” writes the Associated Press.

“Food prices, which had fallen 0.3% in October, jumped 1.2% in November. Energy prices rose 2.6% after a 5.3% percent rise October,” adds the news agency. “The 12-month increase in wholesale inflation set a new record, surpassing the old records for 12-month increases of 8.6% set in both September and October. The records on wholesale prices go back to 2010.”

President Biden released the following general statement on the economy earlier this week:

“Today’s numbers reflect the pressures that economies around the world are facing as we emerge from a global pandemic — prices are rising. But developments in the weeks after these data were collected last month show that price and cost increase are slowing, although not as quickly as we’d like.

“Half of the price increases in this report are in cars and energy costs from November. Since then, we have seen significant energy price reductions. Gas prices nationally are down from their peak; prices in 20 states are already below their 20-year average and the price of natural gas is down 25% from its November average. On cars, we have in recent weeks begun to see a decline in used car prices on the wholesale market which should translate into lower prices for Americans in the months ahead.”

Read the full report at the Associated Press. 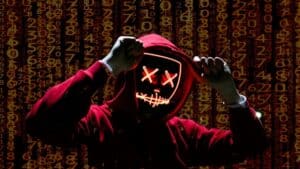 Hundreds of Millions at Risk of Newly Discovered Software Flaw