WHO Warns Countries About Dangers of Easing COVID-19 Restrictions

The Director General of the World Health Organization warned countries this week about the dangers associated with lifting COVID-19 regulations.

“We’re concerned that a narrative has taken hold in some countries that because of vaccines, and because of omicron’s high transmissibility and lower severity, preventing transmission is no longer possible and no longer necessary,” he claimed.

“Nothing could be further from the truth. More transmission means more disease,” he continued.

“It’s premature for any country either to surrender or to declare victory,” he added.

Since Omicron was first identified 10 weeks ago, almost 90 million #COVID19 cases have been reported to @WHO. We are now starting to see a very worrying increase in deaths, in most regions of the world. It’s premature for any country either to surrender, or to declare victory. pic.twitter.com/mdFjaiv6sJ

“[W]e call on countries to continue testing, surveillance and sequencing. We can’t fight this virus if we don’t know what it’s doing,” he concluded. “And we must continue to work to ensure all people have access to vaccines.”

“No one can know what will happen next December. But we promised the citizens of Denmark that we will only have restrictions if they are truly necessary and we’ll lift them as soon as we can,” Danish Health Minister Magnus Heunicke told CNN on Monday. “That’s what’s happening right now.” 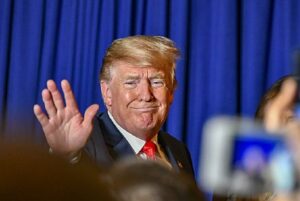