The number of COVID cases reported worldwide has decreased for the second week in a row according to the World Health Organization.

The April 6 report found there were 9 million cases recorded last week — a 16% decline in weekly cases. Confirmed infections were also down in every region in the world.

The WHO is monitoring two strains of the omicron variant of the virus, BA.1 and BA.2. The agency estimates the subvariants are 10% more transmissible than other variants of COVID-19.

“The agency has continued to warn countries not to drop their COVID-19 protocols too quickly and predicted that future variants could spread easily if surveillance and testing systems are shelved,” per AP News.

The organization reports there have been over 492 million cases of the virus since the onset of the pandemic in 2020. There have been roughly 6 million deaths attributed to COVID-19 although the weekly death rate declined by 43% in the last week.

Approximately 58.2% of the global population are fully vaccinated against the virus.

South Korea reported the largest number of new COVID-19 cases with just over 2 million. Germany reported about 1.37 million new cases, the second-highest number of any country in the world.

The United States has recorded the greatest number of cumulative cases of any country. There have been roughly 79 million confirmed cases of COVID-19 since March 2020 and 974,930 deaths, according to WHO data.

Notably, America’s Centers for Disease Control and Prevention attributes 979,610 death to COVID-19 during the same period of time as well as more than 80 million cases.

While the majority of states in the U.S. have reported a two-week decline in cases, New York Puerto Rico, Hawaii, Massachusetts, Georgia, Connecticut, Ohio, Arizona, and Florida have all reported at least a 25% increase in COVID-19 cases, per NBC News.

Airline for America, which represents several of the largest U.S. airlines, sent an open letter to President Joe Biden on March 23 urging him to repeal the travel mask mandate and pre-departure testing requirements for international flights.

In February, England ended all of its COVID-19 restrictions and moved to focus testing efforts on the most vulnerable members of its population. Mass testing officially ended on April 1. 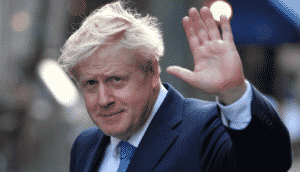