The number of white people in the United States is expected to decline for the first time in the nation’s history.

According to preliminary data seen by The Washington Post, U.S. Census data will be released on August 12 that indicates the ethnicity’s shrinking population.

The numbers indicate that white people living in the U.S. could dip below 60% and the majority of the population under 18 could be comprised of people of color.

The Post says that updates from the U.S. Census Bureau over the past five years have estimated that the white population was shirking and that all population growth has been from minorities.

“White people accounted for about 60% of the population in 2019”, says The Daily Mail, adding that “the opioid epidemic and lower-than-anticipated birth rates among millennials after the Great Recession has accelerated the white population’s decline.”

Hispanics have doubled their share of the population over the last 30 years to almost 20%, representing the largest and most steady gains.

Black Americans have been consistently about 12.5% of the population. The country’s Asian population is projected to have doubled since the 1990s.

“The number of white people is expected to have declined in 26 states. Whites will only account for more than 50 percent of growth in just five states and DC,” notes The New York Post.

Brookings Institution demographer William Frey told the Post that the change comes about 8 years earlier than expected and that “the white population could fall below 50 percent by 2045.”

Predictions regarding demographic changes on a national scale have correlated with the long-standing belief that the white population was on the decline across the world.

In 2000, The Guardian wrote, “the United Nations predicts that 98 percent of world population growth until 2025 will be in developing nations.”

In their report released that year, the organization stated “most of the projected increase in the world’s population can be attributed to a short list of high-fertility countries, mainly in Africa” and other “developing nations.”

In 2004, the U.S. Census Bureau indicated that white people were already a global minority. At that time, North America and Europe — which historically have majority white populations — made up just 18% of the worldwide population. By comparison, Asia made up over 56% of the global population.

The U.N’s World Population Prospect report in 2019 reaffirmed this distribution.

Currently, the Census Bureau reports that there are 7.7 billion people in the world. 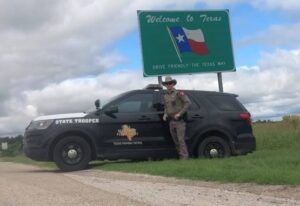