A middle school in Pennsylvania hosted a drone camp but barred white students from attending.

The program was announced on Nov. 1 by Upper Merion Area Middle School as a chance for students to gain hands-on experience as well as the necessary Science, Technology, Engineering and Math instruction.

The free event was scheduled for Nov. 6 for 24 participants. Spots were filled on a first-come, first-serve basis.

“Here’s the thing, it is a black-student-union-sponsored event,” said the staff member making the announcement to students. “You must be black, African American, a person of color in order to participate.”

The King of Prussia middle school’s student body is 53% white, 17% Asian, 13% Hispanic, and 12% black, according to Great Schools.

Parents complained that the policy was discriminatory, excluding students based on their race.

In the comments on the school’s Facebook announcement, one parent wrote, “This is wrong on so many levels and not at all what I want for my children, and that’s why I’m homeschooling now and by the grace of God, my children will never step foot in another public school — they undo and undermine everything my husband and I teach them.”

In an email to National Review, Superintendent John Toleno said the drone camp was part of the school’s “ongoing efforts over the past 8 years to give opportunities to groups who are underrepresented in STEM fields” with specific preference given to “students of Color and students who identify as female.”

He added that a public educational agency gave his district a grant for the camp “that aligned with our DEI initiatives and a focus on African American students being the population we wanted to offer this opportunity to based on being underrepresented in STEM fields.”

Toleno did not confirm if the program was open to Hispanic, Asian, or Middle-Eastern students. 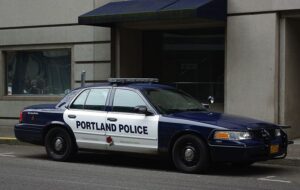