A Minneapolis teachers union contract specifies that white teachers must be fired before “educators of color” if the Minneapolis Public Schools (MPS) need to cut staff.

Few districts in the country have such contract language. Teachers are usually laid off based on seniority, but the new agreement — which ended a three-week strike this spring — is meant to “remedy the continuing effects of past discrimination by the District.”

Roughly 60 percent of students in MPS are non-white. Currently, about 16 percent of the district’s tenured teachers and 27 percent of probationary teachers are people of color, according to the Star Tribune.

The agreement between Minneapolis Federation of Teachers (MFT) and MPS says that past discrimination by the district disproportionally impacted the hiring of underrepresented teachers, relative to the demography of the labor market and community, which resulted in a lack of diversity among teaching staff.

“It can be a national model, and schools in other states are looking to emulate what we did,” said Edward Barlow, a band teacher at Anwatin Middle School and a member of the MFT executive board. “Even though it doesn’t do everything that we wanted it to do, it’s still a huge move forward for the retention of teachers of color.”

While teachers unions and public school officials defend the new contract as a means to rectify racial injustice, the United States Supreme Court has issued rulings on similar cases, determining that race-based hiring practices are illegal.

In 1986’s Wygant v. Jackson Board of Education, the Court ruled against the Board, who created discriminatory firing practices to remedy past injustice.

In addition to laying off white teachers first, the contract between MTF and MPS prioritizes reinstatement of teachers who are members “of a population underrepresented among licensed teachers in the District.” 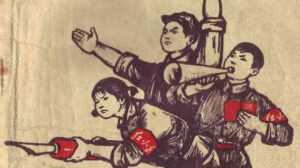 OPINION: Could Student Intolerance Lead To Another Cultural Revolution?