As tensions grow between Russia and Ukraine, White House Press Secretary Jen Psaki has warned that “we are now at a stage where Russia could at any point launch an attack in Ukraine.”

Psaki issued the warning in response to a reporter asking about Secretary of State Antony Blinken traveling to Europe to discuss the situation with top Russian officials.

“This morning, Secretary Blinken spoke with Russian Foreign Minister Lavrov. They agreed to meet in Geneva as you noted. At that meeting, Secretary Blinken will urge Russia to take immediate steps to de-escalate,” Psaki said. “He will also fly to Kiev to consult with President Zelensky and Ukraine’s leaders and to Germany for consultations. As you also know, there is a congressional delegation that is also on their way there. And it’s a note, I would note that that just indicates that support for Ukraine has always been a bipartisan issue, and we welcome that.”

“But where things stand right now, President Putin has created this crisis by amassing 100,000 Russian troops along Ukraine’s borders. This includes moving Russian forces into Belarus recently for joint exercises and conducting additional exercises on Ukraine’s eastern border,” Psaki continued. “So, let’s be clear, our view is this is an extremely dangerous situation. We are now at a stage where Russia could at any point launch an attack in Ukraine.”

Psaki added that Blinken will push for a diplomatic way forward to de-escalate the situation but that if Russia decides to invade then they “are going to suffer severe economic consequences.”

.@PressSec: "Our view is this is an extremely dangerous situation. We're now at a stage where Russia could at any point launch an attack in Ukraine." pic.twitter.com/vxTsmZmDc0

Russia has been acting more aggressively in recent months and is reportedly considering placing nuclear weapons near the U.S. coastline and moving military forces to Latin America.

Russian President Vladimir Putin “wants to extend Russia’s sphere of influence to Eastern Europe and secure written commitments that NATO will never again enlarge,” The New York Times reported. “If he is frustrated in reaching that goal, some of his aides suggested on the sidelines of the negotiations last week, then he would pursue Russia’s security interests with results that would be felt acutely in Europe and the United States.”

“There were hints, never quite spelled out, that nuclear weapons could be shifted to places — perhaps not far from the United States coastline — that would reduce warning times after a launch to as little as five minutes, potentially igniting a confrontation with echoes of the 1962 Cuban Missile Crisis,” the report added. “The current crisis was touched off by the Kremlin’s release of a series of demands that, if the U.S. and its allies agreed, would effectively restore Russia’s sphere of influence close to Soviet-era lines, before NATO expanded into Eastern Europe. It has also demanded that all U.S. nuclear weapons be withdrawn from Europe, saying it felt threatened by their presence — though the types and locations of those weapons haven’t changed in years. And it wants a stop to all Western troop rotations through former Warsaw Pact states that have since joined NATO.”

The United States could place additional sanctions on Russia as early as Thursday, according to The Wall Street Journal.

“We have been taking every effort to bring to light pro-Kremlin disinformation efforts and undermine Russia’s ongoing destabilization efforts in Ukraine,” a U.S. official explained. “Russia is laying the groundwork to have the option of fabricating a pretext for invasion, including through sabotage activities and information and influence operations.” 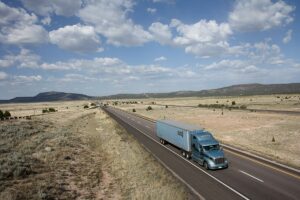